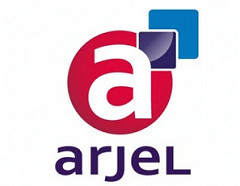 Local media reports say the regulator has contacted Italy—one of four countries to agree to player sharing—for an update on their progress towards starting the player sharing agreement.

In July, the gambling regulatory bodies of France, Italy, Spain, and Portugal signed an agreement to merge their online poker player pools in a bid to improve markets in all four countries. Player sharing had been scheduled to begin in either late 2017 or early 2018.

Italian poker news outlet AssoPoker—citing unnamed sources—said ARJEL is pushing to begin the player sharing in early 2018. Officials for ARJEL have reportedly contacting the other regulators about the start-up timetable. It is expected that France, Portugal and Spain will begin sharing players early in the year with Italy coming on later, the report said.

Italy has yet to open a bidding process for operators seeking to renew their or enter the Italian gambling market, which could delay their entry.