HomeThe ShuffleFrom Lightning to Kraken, These Are the Tops in NHL Props

From Lightning to Kraken, These Are the Tops in NHL Props 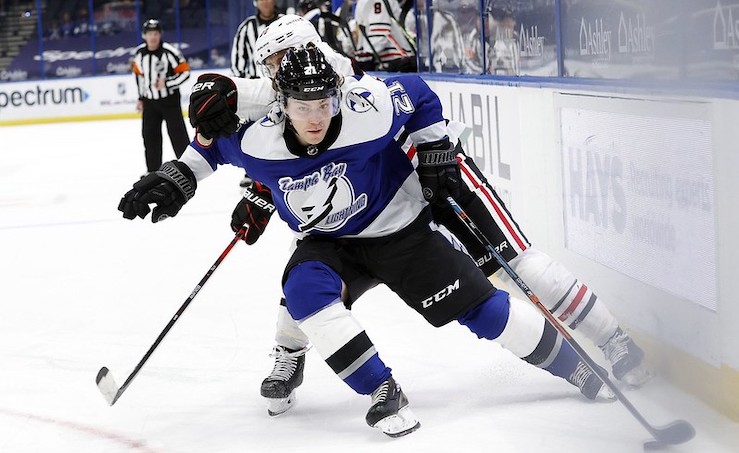 Sportsbooks are posting tons of side bets for the NHL season. Here are a few props you might want to bet before it begins Tuesday, October 12.

There are surprises in every NHL season (think Montreal Canadiens reaching the Stanley Cup Finals last year). This year should be no different, and gamblers looking for proposition bets for the 2021-22 NHL season should have plenty to choose from.

Sportsbooks are posting tons of side bets: who’ll win the regular season awards, team odds to make the playoffs, over/under team point totals, etc. Let’s take a look at a few props you might want to bet before the season begins Tuesday, October 12.

Edmonton Oilers superstar Connor McDavid is once again the favorite to win the Hart Memorial Trophy as the NHL’s most valuable player at +300 at BetMGM.  McDavid won it last year, and would have to have another stellar year to capture the award. It’s not impossible to win in consecutive years—Washington Capitals’ Alex Ovechkin won in 2008 and 2009—but there are some other players out there who could snatch it this year.

The Colorado Avalanche’s Nate MacKinnon could be the player with the most motivation going into this season. The forward watched in disbelief as his favored Avs were beaten by the Vegas Golden Knights in the second round of the playoffs just a few months ago.

Colorado is the top pick to win the Stanley Cup this year, and MacKinnon is a big reason. Last year, he scored 20 goals and had 45 assists in 48 games. At Caesars Sportsbook, he’s second to win the Hart at +600, and if the Avalanche live up to fans’ expectations, he may be the favorite by December.

Here’s one wager that makes sense for McDavid: grabbing him as the league’s top goal scorer. Caesars has him at +800, the second pick behind the Toronto Maple Leaf’s Auston Matthews (+450).

Matthews blew away the competition last year, finishing with 41 goals. McDavid was second with 33. Last season was kind of a funky year with the teams playing in different divisions because of Covid-19.

This year, Matthews returns to the much more competitive Atlantic Division, while McDavid should be able to boost his goal totals in the weaker Pacific Division. The latter features bottom-feeding teams such as the Anaheim Ducks and Los Angeles Kings.

The NHL’s newest team could provide the most interesting storyline of the 2021-22 season. The Seattle Kraken won’t have as magical a run as the Golden Knights did when they entered the league in 2017, but they have a very realistic chance of making the playoffs.

The odds of them making the postseason aren’t very appealing, however. Most shops are offering -110. Caesars has a promotional odds boost, with the team at +120. That could be enough to entice gamblers to take the new team.

Without a doubt, the Vegas Golden Knights had the most impressive start of any expansion team in the history of the NHL. But that may come to a halt this season. Vegas was stunned in the conference finals when they lost to the Canadiens, who were huge underdogs.

The offseason brought more shocking news. The Golden Knights lost the face of the team, goalie Marc-Andre Fleury, when he was traded to the Chicago Blackhawks. They also lost enforcer Ryan Reaves when he was shipped off to the New York Rangers.

Those two departures could shake the organization. The team had one of the best goalie tandems in the league last year; now, they’ll have to depend on Robin Lehner, who’s been inconsistent at times.

In addition, the Knights didn’t satisfactorily address their lack of scoring. Those variables mean the team could struggle. They’ll still make the playoffs, but might not come anywhere near the point total oddsmakers have set for them. PointsBet has the over/under for their points total at 106.5. Take the under.

Two-time defending Stanley Cup champions the Tampa Bay Lightning are poised to make another run and become the first team to win three consecutive cups since the New York Islanders in 1980-1983 (the Islanders also won in 1984).

Tampa Bay might come up short in that quest, but they should get into the Finals. BetRivers has the Lightning as +300 to be Eastern Conference champions.

They lost some players from last year’s championship team, but did return former Vezina Trophy-winning goalie Andre Vasilevskyiy and captain Steven Stamkos. They should have enough quality players to win the East, but could fall short to a team from the west in the Finals.

The NHL’s 2021-22 regular season begins Tuesday, October 12 with a doubleheader: first, the Tampa Bay Lightning will face the Pittsburgh Penguins at Amalie Arena in Florida. Then the NHL’s 32nd franchise, the Seattle Kraken, will play their first regular-season game against the Vegas Golden Knights at T-Mobile Arena in Las Vegas.