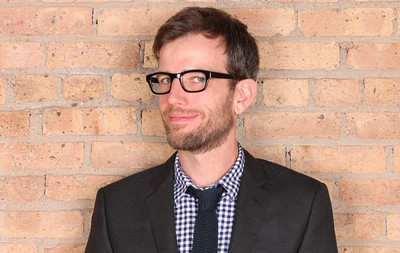 When New Jersey’s online gaming taxes continued to roll in even though the Atlantic City casinos were closed, other states took notice. At a G2E session last week Chris Grove (l.), a partner with Eilers & Krejcik Gaming, says the number of states with only gaming will double by 2025.

Very few states offer online gaming in the U.S.; less than half the number that offer sports betting and sports betting is still in its infancy. But the consensus of a virtual online gaming panel of experts during G2E is that this will change, and the growth explodes as states grapple for budget shortfalls created by the coronavirus pandemic.

“We’ll see relatively rapid expansion of online casinos,” said Chris Grove, a partner at Eilers & Krejcik Gaming, one of the panelists for “Online Gaming: Is Your State Next?” “By 2025, the number will double or more.”

The acceleration will overcome a handful of concerns stakeholders have, including underage gamblers accessing sites.

“It’s not a legitimate concern but you continue to hear it raised. You’re being asked to prove a negative,” Grove said.

Geolocation tools prove that it’s a myth. Such tools are required in New Jersey, the leader in online gaming.

Grove and the others debunked another myth: that online gaming is an inherently disruptive threat to brick and mortar casinos.

“Operators ask ‘Am I risking my current position,’” Grove said.

Not only is there no cannibalization, but both conduits can prosper, said Howard Glaser, global head of government affairs and special initiatives at Scientific Games.

“Look at Pennsylvania and New Jersey. There is growth on both sides,” he said.

“There are still operators who think it’s a bad idea and are worried about competition,” said Greg Carlin, co-founder and CEO of Rush Street Gaming, with casinos in several states. Take New Jersey as an example. Rush Street data shows a cross over from online to bricks and mortar.

A lot of commerce takes place online, yet few people have the opportunity to play casino games online or buy lottery tickets because such activities are not authorized by states, Glaser said.

“But the Covid pandemic may well be a catalyst for expansion of iGaming,” he said.

“Online gaming was the only game in town and the only source of revenue that showed growth,” Glaser said. “But it was not a sudden phenomenon. Online gaming was already growing rapidly at 25 percent in New Jersey for the first two months of 2020.”

Every source of state revenue is down. Online gaming is one point that lines up. “States are already in the casino business.” Glaser said.

One of the other issues discussed is that there is no consistency in the approach by states. “States make decisions without making a holistic plan,” Glaser said.

First, a few states offered online gaming: New Jersey offered iGaming beginning in 2013, after Nevada, which is limited to online poker. With the success of New Jersey, Pennsylvania followed suit. “Michigan will be next,” Carlin said.

One of the drivers could be the income differential produced by online casinos versus sports betting. The latter does not generate a huge amount of money, Carlin said

States without such gaming look at neighboring states who authorized sports betting and say why not us. Just look at New York and all the people to go to New Jersey to place a bet online.

“There is no question New York will move by the first quarter of next year” for online sports betting, Glaser said.

The role of the federal government in all this came up.

“Be careful what you wish for. The potential damage for federal oversight is significant” until online gaming can become entrenched and unable to be overturned, Grove said.

Next year will be defined by a few things, Grove said. Legislation among larger states will come into focus, with New York at a fever pitch.

“There will be continued momentum to approve sports betting is medium to small states. There will also be online casino conversations in the year ahead,” Grove said

Michigan will also be more comfortable with it after seeing it work in other states, he said

“It does not solve everything but people want the opportunity to play these games,” Glaser said.