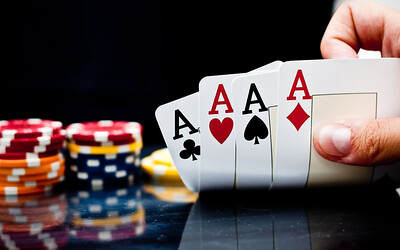 The Pennsylvania Gaming Control Board says online poker will begin in the very near future. New Jersey’s experience may give some clues. Because the Garden State is better established in online gaming, many companies begin in New Jersey—think Fox Bet.

Pennsylvania introduced online gambling almost three months ago, but online poker has yet to launch. The only information available is a series of leaked screenshots of a PokerStars PA test client. Judging from these, it’s safe to surmise that the product in Pennsylvania will be similar to New Jersey, and may feature lower buy-ins and higher guarantees.

The Pennsylvania Gaming Control Board is limited in what it can disclose without violating operator privacy. When asked about a launch date by PlayPennsylvania earlier this month, spokesman Doug Harbach said only that the PGCB believes “one of the operators should be in a position in the very near future to begin offering poker.” Other than that, he gave no definitive timeline.

However, recent events in New Jersey online gambling may shed some light. Most of the same companies operate in both states.

New Jersey is better-established, but is a smaller market so there are fewer unknowns, and the stakes are slightly lower. For many operators, including The Stars Group, it makes sense to roll out new products in New Jersey first. As an example, the new Fox Bet sports betting platform, debuted in New Jersey at the end of August, then launched in Pennsylvania a week later.

This week the Fox Bet mobile app in New Jersey added a tab for Poker Stars Casino games and advertised it to customers. The addition indicated cross-selling between PokerStars New Jersey products and Fox Bet will be a bilateral effort.

When Fox Sports and The Stars Group unveiled their deal in May, they didn’t talk about anything beyond sports betting. Some speculated that Fox might be concerned that other forms of gambling might tarnish its image. Indeed the games are still branded as PokerStars Casino and not Fox Casino.

If the delay is on the Stars Group’s end, it may be that TSG decided that getting the Fox Bet platform out for the beginning of the NFL season was paramount. But it may still want to synchronize the launch of its casino and poker verticals.

Getting approval—whether from the regulator or from Fox Sports—to integrate PokerStars Casino with Fox Bet may be a hold-up. It could be that the integration of PokerStars Casino into Fox Bet NJ means the same is coming to Pennsylvania. And if the company wants to launch PokerStars and its associated casino in tandem, both could arrive together.

Meanwhile, a potential rival for PokerStars in Pennsylvania is moving in the opposite direction. Parx Casino, outside of Philadelphia, just launched its NJ online casino in conjunction with GAN. The casino is located just across the river from New Jersey and within an easy drive of Atlantic City, so expect to see some overlap between customers gambling online in New Jersey and in-person at Parx. This, too, is significant to poker.

Parx is known for being one of the best destinations for live poker on the East Coast. It’s kind of a wild card for online poker in that regard, as neither Parx nor GAN has any history there. But it has the potential to be a viable competitor to PokerStars, PartyPoker and WSOP—at least in Pennsylvania.

It seems unlikely that Parx plans to synchronize a poker launch between Pennsylvania and New Jersey, or even to launch in New Jersey at all. The New Jersey online poker market is fairly saturated a Parx platform may have a hard time getting enough traffic to be sustainable.

That said, the launch of the Parx online casino in New Jersey is still relevant in that it’s one less item on the to-do list. Unlike TSG and some other competitors in Pennsylvania, the Parx platform is brand new. Parx has a better chance of succeeding in the Pennsylvania online poker market if it launches before things get crowded.

Pennsylvania was initially supposed to have eight casinos and nine sportsbooks, plus up to seven options for poker before the end of the year. None of that looks likely the way things are going, but it’s still a good bet that the PokerStars/Fox Bet duo will get all three up and running before the year is out.