Game of the Week: DaVinci Diamonds 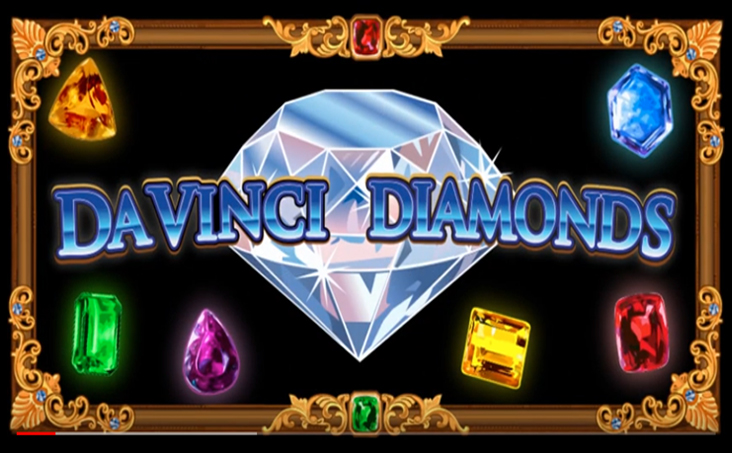 IGTs DaVinci Diamonds may be a simple slot game, but it’s so popular that the company created three more versions. Here’s why.

Few online slot games are as popular as IGT’s DaVinci Diamonds. It’s not a progressive, but DaVinci Diamonds is so much fun, IGT developed a number of spinoffs to increase the action.

Instead of spinning wheels, DaVinci Diamonds uses “tumbling reels.” As you play, the game symbols simply drop into place. If you win, those symbols on the payline disappear after you’re paid, and more symbols drop into place.

That essentially means your spin continues, and you can win again on the new lineup. If that happens, those symbols disappear and you go again. Though rare, it can set off a cascade of several wins on a single spin—think of Candy Crush or Bejeweled.

The same mechanism is in play during bonus rounds, where you can win free games.

Of course, the game is themed on art and symbols include Renaissance masterworks by Leonardo DaVinci, including the Mona Lisa, along with various gemstones. The game also has wild symbols. Its biggest jackpot comes from lining up five of the game’s logo, which are the wild symbols.

The basic DaVinci Diamonds slot has five reels and 20 paylines, but the various spinoffs expand on that. All use the tumbling-reel feature.

Check it out for yourself:

Racing to the Finish