Game of the Week: Family Guy 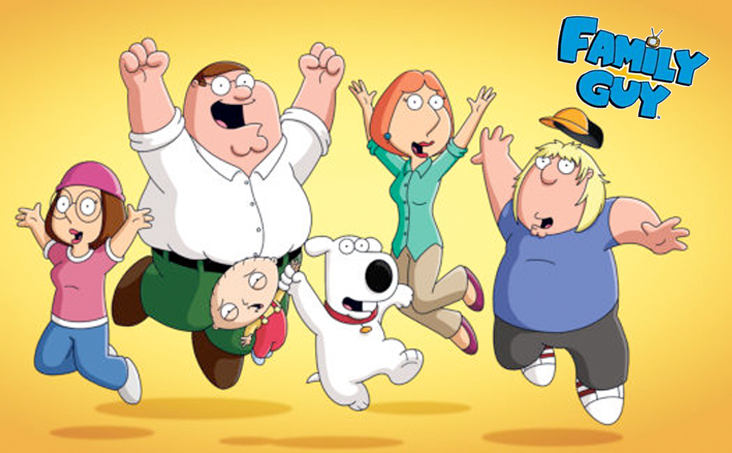 If you love the Griffins—Peter, Lois, Stewie and the rest of the Quahog gang—you’ll love the Family Guy slot game from IGT.

Like all online slot games based on TV series or films, the Family Guy slot from IGT is made for fans of the show. If you love Family Guy, you’ll love this slot. As you’d expect, the game features all the characters from the games as symbols and has some exciting bonus features themed on the show.

The game is based on a 5-reel, 30-payline system, but requires a bet of at least 50 credits. That might sound daunting, but the game has high payouts—up to $100,000—and the bonus features can really rack up the points.

While there are many random bonuses, the big three involve the characters of Peter, Lois and Stewie. In the Peter bonus round, he battles a giant chicken—that’s right, a giant chicken. The more chicken symbols you spin, the more you win. In the Lois round, you up your wilds by spinning heart symbols. And in the Stewie round, the character must destroy different regions of the world.

OK, it’s hard to explain the bonuses, but figuring them out and enjoying the graphics are part of the fun. For the show’s fans, they’ll make perfect sense, and pay off pretty well.

As for the regular game play, the high number of paylines and wild symbols keep things exciting. Like we said, if you love the show, you’ll love the slot.

Check out the demo here:

Register to play online at TropicanaCasino.com, and you can earn $100 cash back—that’s real cash, not bonus money. What a way to celebrate the holiday season!

At first glance, the Dancing Dragons online slot from Casino Technology appears to be just another Asian-themed slot game. The game has solid graphics and colorful Asian symbols, especially the dragons who serve as the games wild symbol and do, in fact, dance.

But the secret to this 5-reel, 10-payline game comes when you win on a spin. After each win, you can double down on your win with a special card game. If you choose to play, you’ll move to a special screen where a hidden playing card is displayed. You have the option of trying to guess the suit of the card—which increases your win by four times—or the color of the card, which doubles your win. Of course, guess wrong, and you lose the money.

While you might not want to take the risk on a big win, the game makes smaller wins more fun, and gives you a chance to go on a streak and really build up your cash (though you’ll need a healthy dose of luck to guess that many cards correctly).

Despite this double-down feature, Dancing Dragons is a pretty simple slot with vibrant colors and lively action. The game’s Chinese symbols are often stacked. Whenever a wild symbol—the dragon—hits a payout, it turns the whole reel wild, which can rack up an even nicer payout. The game also has a free-spins mode.

Dancing Dragons is one of the few slot games where a player can exercise real strategy to build up bigger wins. Its maximum payout is 3,000 coins before the double-down enters into it. With some lucky guesses, Dancing Dragon can pay out really big.

Foxin’ Wins from NextGen is one of those games that makes you really appreciate 3D graphics. Gameplay on this slot is fun and exciting, with some great eye candy on almost every spin. The game’s theme is of a gentleman fox trying to catch a mischievous leprechaun. The game is rally a hoot, which becomes apparent the first time the fox chases the little guy across the screen.

The game has 5 reels and 25 paylines, with the fox as the wild symbol. Line up two wilds and you’re almost assured a nice payout. A pot of gold is the game’s scatter symbol, and pays whenever you hit two symbols. Hit three, and you get 10 free spins.

Foxin’ Wins is a great game for players who like cool graphics and entertaining animation. And with its extra features, it’s a game that can pay out nicely as well.

Sign up to play at ResortsCasino.com, and you’ll be in line for cool holiday gifts. Resorts has one festive prize after another through December 25. There’s a new code every day, so get your stocking ready!