HomeThe ShuffleGame of the Week: Starburst

Game of the Week: Starburst 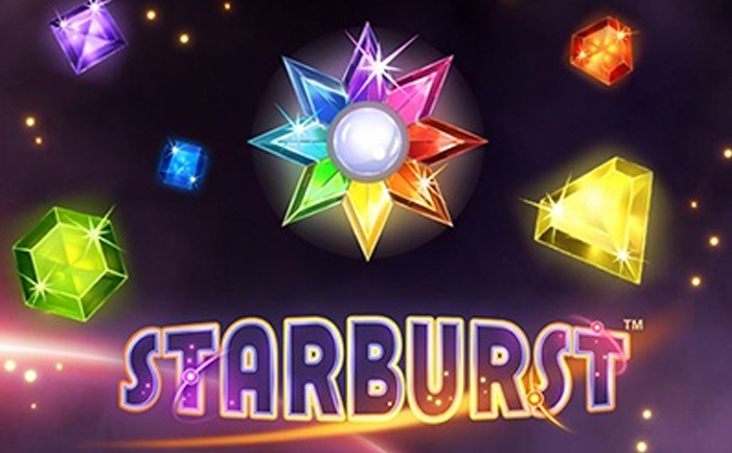 A big difference between modern online slot games and old-fashioned cherry- and bell-spinners is the modern graphics. The game designers at NetEnt knew that when they created the ultra-popular Starburst slot.

There’s no other way to put it: the Starburst online slot game is simply beautiful, featuring an array of bright gem symbols with some old-time standards like lucky 7’s and bar symbols thrown in. The spins and graphics when a win hits are mesmerizing, helped along by a funky, but mellow soundtrack.

Try Starburst for yourself at BorgataCasino.com.

The game itself is very simple. Starburst sports 5 reels and only 10 paylines, but does feature a “both ways” payoff meaning symbols can line up left to right or right to left. The game does not feature a free-spins bonus round.

So, what makes Starburst so great? Well, it’s the namesake starburst symbol. The starburst is wild and only appears on lines 2, 3 and 4. But when it hits, boy, the whole reel turns wild.

That’s where the fun begins, because you’ll get paid for any jackpots and then automatically get a second spin. Hit more wilds on that spin, and you get a third spin. Needless to say, if the symbols line up right on each spin, you can get a pretty big hit. The game allows bets as low as 10 cents to about $100.

Starburst is available online at PlaySugarHouse.com.

Starburst is a testament to how the simplest games can be the most popular. Its stunning look is also perfect for playing on mobile devices. So give it a try and be mesmerized.

The Legend of Bigfoot online slot from Barcrest and Scientific Games is a major hit with high-stakes players, thanks to its big-bet options (where you can wager $20, $30 or $50 a spin).

Even if you don’t make the big bets, The Legend of Bigfoot is a fun and exciting slot. The game has 5 reels and 20 paylines, though paylines are set at 10 for lower bets. As for the nine-foot tall Sasquatch himself (who also serves as the game’s wild symbols), you’ll make plenty of sightings during normal play, especially when you hit the game’s bonus features.

Bigfoot sightings set off a variety of features such as Swap Symbols, Random Wilds, Wild Reels and respins that can all help your bankroll. But it’s the free-spins bonus round that sets the game apart.

The free-spins round is triggered by landing three of the Bigfoot logo scatter symbols anywhere on reels 1, 3 and 5. You’re awarded eight free spins and two wilds per spin as the fun begins. Each spin gives you a chance to advance down a wilderness pass by hitting more scatter symbols. If you make it to a new level, you add more spins and wild symbols. With luck, you can set off a very impressive run that nets you lots of cash and lots more spins.

By the end, you’ll be loving the big guy.

Another one from Barcrest and Scientific Games, Hula Nights has many of the same features as The Legend of Bigfoot. It’s a 5-reel game with the same big bet options that set the paylines at 10 or 20. It also features an exciting free spins bonus round. Scatter symbols set off the round.

One difference, however, is a stacked reel feature which can turn any reel into the same symbol—and the chance at multiple wins.

Get into the swing! Play Hula Nights at CaesarsCasino.com.

Hula Nights is a pleasant tropical-themed game that, of course, features hula girls as well as a fun animated tiki symbol. Nothing wrong with that.