Game On for MLB Prop Bets 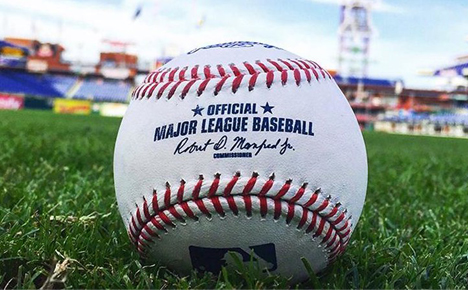 Yes, there’s talk the MLB season may be postponed or cancelled. But gamblers shouldn’t shy away from making season proposition bets.

The Major League Baseball lockout has postponed Spring Training games, and it might give you pause about making season proposition bets. It shouldn’t. Yes, the season is in jeopardy of being canceled, but that possibility is low, and there’s no risk if you want to make MLB prop bets. If the season is cancelled—again, long shot—your money would be refunded.

Gamblers are optimists by nature, and that thinking should apply in season proposition bets. Here are some MLB prop bets you might want to take advantage of, regardless of what happens with the season.

Introducing One-Game Parlays at BetMGM! Build a parlay by choosing the winner, total and multiple player props from a single game. Try it today! 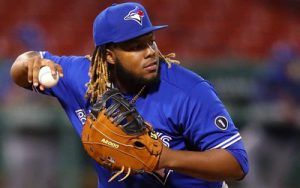 Guerrero’s odds went from +400 to +300 at BetRivers, and Ohtani and Trout are now behind him at +400 and +375, respectively. Oddsmakers think this is a three-man race, with Toronto shortstop Bo Bichette the fourth pick at +1600.

A few reasons to like Guerrero: he finished second in American League MVP voting behind Ohtani. And he tied for home runs with Kansas City Royals Salvador Perez with 48. He also ranked sixth in batting average (.311), sixth in RBI (111), third in hits (188), third in on-base percentage (.401) and second in on base slugging (1.002).

Another variable might give Guerrero a better chance to win the MVP, as Ohtani and Trout might actually work against each other. That would have been the case last year if Trout hadn’t been lost for the season with a calf injury.

Betting on Major League Baseball? Sign up to wager at BetRivers, and your first deposit will be matched dollar for dollar up to $250. 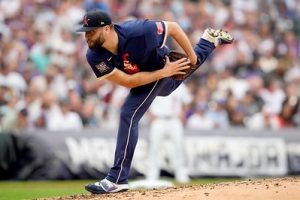 The Chicago White Sox were besieged by injury last year. But they still managed to get to the playoffs, where they lost to eventual American League Champion Houston Astros in the divisional series.

Chicago has solid pitching, with Lance Lynn, Lucas Giolito and Dylan Cease taking the first three spots. They were part of a rotation that was first in strikeout rate last season and had a 3.73 ERA.

The fourth spot would be Carlos Rodon, but he’s a free agent, and it’s uncertain if he’ll stay with the team. If he doesn’t, Michael Kopech should be able to fill that spot.

If the club can stay healthy, it’s built to make a deep run in the playoffs. Look for the Sox to battle for the AL Championship.

Hit a home run at Unibet Sportsbook. Sign up as a new customer. Once you add funds, your first cash bet will be insured up to $500 if you don’t hit a winner. 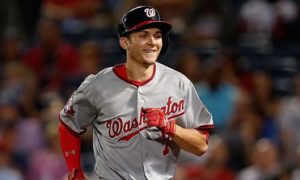 A lot was made of Max Scherzer being dealt to the Los Angeles Dodgers last year, but an equally valuable piece of that trade was Trea Turner. Some thought the shortstop’s production would dip going from the Washington Nationals to the Dodgers, but it actually improved. In 52 games with the Dodgers, Turner had 70 hits. He finished with 195 hits and was first for the second consecutive year in that category.

PointsBet has him at +1100 to pull off the three-peat, and we’re very bullish on this wager. Aside from the obvious value with the bet, Turner should benefit from a much better lineup than he had in Washington.

The Dodgers will be making another run for a World Series Championship, and Turner will be a big part of that. There’s talk he may move into the lead-off spot. And if that happens, he’ll have even more at-bats. That makes him an even more tantalizing bet.

Boost your personalized parlays every day with PointsBet Parlay Booster. Create a 3+ leg or single-game parlay, choose the Lightning Icon to boost your parlay, and place your bet! 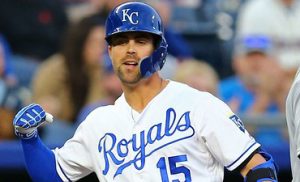 While bettors fixate on home run leaders, a category that dominates prop bets every year, stolen bases seem to get lost in the shuffle. It shouldn’t.

The category is ripe with value. The favorite at PointsBet is Kansas City Royals shortstop Adalberto Mondesi at +225. But I don’t like Mondesi, who is injury-prone, and doesn’t get enough at-bats for my liking.

Catch a great deal at Golden Nugget Sportsbook. Create a new customer account, and you’ll get up to $250 in Free Bets! Sign up and start betting today.

You win some, you lose some, and betting on sports, don’t chase your losses. Click here for ways to keep gambling safe and fun.