Game On in the Catskills 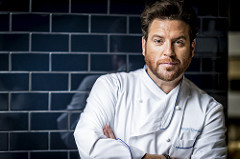 The much-anticipated debut of Resorts World Catskills has arrived amid hopes the $900 million gaming resort, the largest and most elaborate in New York, will turn around the fortunes of a statewide experiment in commercial casino expansion that is struggling to meet the lofty expectations it set for itself.

The February 8 opening, pushed up a month to take advantage of Chinese New Year, brings another 2,150 slot machines and 150 table games to a New York market that many observers say has yet to absorb the supply that has come on line in the last 13 months with the openings of del Lago Resort & Casino in the Finger Lakes, Rivers Casino & Resort in Schenectady and Tioga Downs Casino on the Pennsylvania border near Binghamton.

The three have failed to achieve their own first-year revenue projections by a collective $200 million in a market that was well-stocked before they arrived with six tribally owned casinos (and a seventh is opening this month) and seven slots-only casinos at racetracks.

“No matter how you look at it, it is going to be a tough ramp-up,” said Keith Foley, a senior vice president with Moody’s Investors Service, which recently issued reports downgrading del Lago’s debt and warning of further saturation of the upstate market from Resorts World Catskills. “You have to grow the market and you have to steal market share and that’s never an easy thing.”

But in the Catskills they’re confident that four will be a charm.

There’s the proximity to New York City for one thing. Located near Monticello Raceway at the site of the former Concord Hotel, which closed in 1998 after decades as the largest of the resorts in the bygone days of the “Borscht Belt,” Resorts World is only 90 miles from midtown Manhattan.

Management also believes the property is better positioned strategically as the centerpiece of a $1.2 billion mixed-use leisure development that will feature additional hotels, an “entertainment village” and a waterpark and golf course slated to open in 2019.

“No market is easy, but we think that we have reasonable expectations and we have the right product and strategy to make this a successful enterprise,” said Ryan Eller, CEO of Empire Resorts, the casino’s parent company and owner of the harness track and racino at Monticello.

“This is not a typical regional casino,” Resorts World Catskills public relations manager Talya Shlang said. “We have more of a high-end, curated experience than you’ll find at other casinos. We have amenities you won’t find in other places. And we have a special focus on Asian-American customers others don’t have.”

And speaking of proximity to the Big Apple, Genting also owns the largest racino in the United States, Resorts World New York City at the famed Aqueduct Racetrack in Queens, N.Y., and is developing a gaming megaresort on the Las Vegas Strip. Holdings also include casinos in the Bahamas and the UK.

Its first-year revenue projection of $277 million is way above anything the competition is generating so far.

“You can’t look at those casinos and compare them to what we have here,” said Empire Executive Vice President Charles Degliomini. “We’re bigger, yes. But we’ve built a better mousetrap.”

Blending old-world hospitality with the robust energy of a New York City steakhouse, Cellaio will capture guests’ attention with its unparalleled views of the Catskills’ natural beauty and a state-of-the-art kitchen, where chef Conant’s cooking will be on full display.

“I went to culinary school upstate, so it’s exciting to return to the Catskills with Cellaio,” says Conant. “I wanted to create an experience where guests could feel transported, not only by the food and the service, but by their surroundings, so it’s a wonderful opportunity to partner with a renowned brand such as Resorts World, and in such a gorgeous setting.”

Conant’s career spans over 30 years, including multiple restaurants, an enthusiastic following and an ever-expanding brand, firmly establishing him as one of the country’s top chefs and restaurateurs. A graduate of the Culinary Institute of America (CIA), Conant is also returning to his roots, as Cellaio will be just a short drive from the Poughkeepsie campus where he crafted his skills. Conant and Resorts World will partner with the culinary learning institution for numerous initiatives. In early February, Resorts World Catskills held a job fair at the CIA Hyde Park campus.

“Right now, we’ve hired close to 1,300,” he says. “We’ll continue to ramp as the rest of the property scales to about 1,700 team members. One of the things that I like to do is to ask folks to raise their hands and ask how many people are from Sullivan County, and how many people from Orange County. We have done an amazing job of activating the local community, finding some amazing team members as part of our Resorts World Catskills team. There’s so much enthusiasm and so much pride from the folks that we’ve hired, to be part of this opening, and to really be part of that revitalization that you and I were just speaking of. So, yeah, we’ve had a meaningful impact, and we’ll continue to focus our efforts here. We’ve been very successful at attracting some great experienced talent as well.”