HomeThe ShuffleGaming Gets a Piece of $2.2 Trillion Aid Bill

Gaming Gets a Piece of $2.2 Trillion Aid Bill 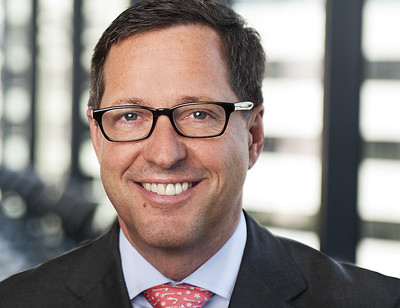 The federal rescue package approved by the U.S. government last week will give gaming operators and suppliers critical loans to help them stay afloat. The plan is “an important first step to preserve the gaming industry,” said AGA Chief Executive Bill Miller (l.). And there’s some money for tribes, as well.

The federal government’s $2.2 trillion economic rescue package should go a long way toward helping the gaming industry weather the nationwide Covid-19 shutdown if it lasts longer than a month.

As it stands, some 980 commercial and tribal casinos in 43 states are closed, according to the American Gaming Association. The number of direct jobs in limbo has been put at 650,000. In all, the cost of a shutdown lasting longer than 30 days could cost the U.S. economy more than $43 billion, the trade group says.

Operators, meanwhile, are currently burning through more than $27 million a day to maintain payrolls and benefits and keep their properties intact. They’re drawing down lines of credit, foregoing executive salaries and planning for ways to stave off the time, as yet unknown, when their solvency could be in danger.

With last week’s passage of the “The Coronavirus Aid, Relief, and Economic Security (CARES) Act,” as it’s titled, they were able, at least for now, to take a deep breath.

“The bill is an important first step to preserve the gaming industry’s ability to continue to serve as a valuable job creator and community partner,” said AGA Chief Executive Bill Miller.

The massive package provides hundreds of billions of dollars for the industries and small businesses—gaming included—as well as the unemployed workers and health care providers hit hardest by the pandemic. Billions will be allocated to speed the purchase and distribution of critical medical equipment such as ventilators and to provide free virus testing.

The package also contains more than $2 billion in emergency supplemental funding for the Indian Health Service, Bureau of Indian Affairs, Bureau of Indian Education and Office of Native American Programs at the Department of Housing and Urban Development.

The Centers for Disease Control and Prevention announced it will give $80 million to tribes, tribal organizations and urban Indian organizations as part of the government’s effort to prevent the spread of coronavirus, according to the Department of Health and Human Services. These funds are in addition to $64 million allocated through the Families First Coronavirus Response Act, which allows the Indian Health Service to provide testing for the virus.

The economic relief allocated to tribes falls short of the National Indian Gaming Association’s March 17 request to U.S. Reps. Deb Haaland and Tom Cole of the House Native American Caucus for $18 billion in U.S. federal aid. Due to the spread of the coronavirus, dozens of tribes voluntarily closed their casinos—frequently the sole source of commercial revenue. NIGA officials wrote that tribal governments will be unable to provide health and education services and will default on loans unless they get federal help to make up for lost casino revenue. “Providing the means for tribal governments to continue paying all employees’ salaries and benefits will immensely help this country recover,” according to the letter .

The nation’s approximately 460 tribal casinos employ more than 700,000 people directly and indirectly and generated more than $37 billion in 2017.

Unlike state and local governments, tribes generally have little or no tax base to produce income, but instead rely on casinos and their hotels for revenue.

Eastern Band of Cherokee Indians Principal Chief Richard Sneed, whose tribe suspended operations at its two western North Carolina casinos, said, “When you talk about tribes, you’re talking about all the programs and services to their people. It’s a negative impact to an entire community. All of our funding to operate our tribal government comes from gaming.”

Bay Mills Indian Community Chairman Bryan Newland, whose tribe closed its two northern Michigan casinos, noted one way tribal gaming operations can produce revenue without relying on direct federal aid is to speed up internet gambling. The Michigan legislature approved a bill allowing online gambling in December, but it won’t be ready to debut until next year.

Some casino operators can apply for portions of the $367 billion in loans available to affected small businesses, while larger operators are eligible for another $454 billion in loans backed by the federal government. They’ll also be able to tap government loans for “disaster assistance,” a payback after the industry was frozen out of the tax breaks extended to other businesses after Hurricane Katrina in 2005.

“Importantly, this bill generously funds the unemployment system,” Miller said. “But more importantly, it provides a way to get the economy back on track and allows companies to retain their workforce.”

Tribal governments, which have been slammed as hard as the commercial sector, will be eligible for portions of $150 billion set aside for state and local governments. Another $8 billion has been earmarked specifically for the tribes in the form of federal loan guarantees and direct aid, unemployment insurance assistance and support for health and housing programs.

“Our primary concern is the ability of tribal governments to provide critical governmental services to our communities during this disaster,” said James Siva, chairman of the California Nations Indian Gaming Association.

By the time the Senate passed the bill on Wednesday, investors hunting for anything resembling good news already had sent the Dow into its biggest three-day gain since 1931. The S&P 500 rose more than 6 percent on Thursday, and through midweek, was up 20 percent.

By early Friday, however, most of the momentum had petered out on a spate of bad news: that the U.S. had surpassed China as the country with the most confirmed cases of the virus𑁋more than 85,000 known infections and more than 1,200 fatalities; that unemployment claims for the week had hit a record 3.3 million; and that a key index of consumer sentiment was headed to a four-year low.

U.S.-listed suppliers weren’t left out, either. International Game Technology was up 33 percent through Thursday; Everi Holdings was up 15 percent; Scientific Games was up 45.7 percent.

How long it would last, of course, was another question entirely.

Matt Sodl, managing director of Innovation Capital, a boutique investment bank specializing in mid-cap gaming, hospitality and retail, isn’t hazarding any guesses either. “We’re going to come out of this. It depends on the time horizon. But we’re seeing some signs in China that when you do come out, it can look pretty good.”

He suggests it could spell a “buying opportunity”—for those determined to stick for the long term. As he put it, “You’re looking at tremendous companies at bargain prices.”

But, he added, “The question is, where’s the bottom?”