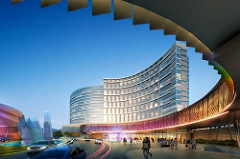 The Genting Malaysia Group has ceased supporting the Mashpee Wampanoag Tribe that it partnered with several years ago to build the now stymied $1 billion First Light Resort and Casino in Taunton, Massachusetts.

The Cape Code Times reported that Genting is still paying for the lawsuit by the tribe to try to overturn the Department of the Interior’s action to remove 321 acres in Taunton and on Martha’s Vineyard from trust. It is no longer paying for tribal operations.

Last year the tribe’s general fund shrank to $83,670. Last year the tribe allocated $6.5 million for general expenses from the last money that had been provided by Genting, which announced last year that it is writing off its $440 million loan to the tribe, something it listed as an “impairment loss,” in a filing to the Malaysian equivalent of the SEC.

Cromwell himself has had some problems within the tribe. He lost a vote of confidence on January 23 and was stripped of his fiduciary powers over revelations that he and his wife owed $37,000 to the IRS. The council later rescinded that vote and restored Cromwell’s authority.

That doesn’t mean Cromwell doesn’t have his critics on the council. Aaron Tobey Jr., who was elected to the council earlier this year, ran as a critic of the chairman. He told the Times last week about Genting’s cutting off of financial aid. “They have no financial responsibilities to us,”

The tribe broke ground on the casino in 2017 only to stop construction several months later after the adverse court decision.

The tribe has sued the Interior Department to try to get it to reverse its finding that the tribe does not qualify to put land into trust because it wasn’t in federal jurisdiction in 1934, the cut-off required by the 2009 Carcieri v. Salazar decision of the U.S. Supreme Court. That year is significant because it is the year Congress passed the Indian Reorganization Act. The tribe achieved federal recognition in 2007.

That act by the department was a result of a lawsuit filed by Taunton residents who challenged the original action putting the land into trust, and citing the Supreme Court ruling. That lawsuit has been financially supported in part by a casino developer, Rush Street Gaming, which hopes to build in the southeastern part of the state if the tribe’s efforts are permanently stalled.

Mashpee Tribal Chairman Cedric Cromwell has many times blamed the tribe’s difficulties on the competing casino interest. Last week he issued a statement saying that the tribe’s future payments to the city are jeopardized.

He said “We keep our promises as we have done with this payment and the various other contributions we have made to the city’s Chamber of Commerce, the Boys and Girls Club and other community organizations.” Cromwell added “It’s a moral tragedy, really, that a small group of Taunton residents are working against the interests of the majority of Taunton residents who overwhelmingly approved our casino project in a referendum vote.”

The tribe is now relying on a bill introduced by U.S. Rep. William Keating, H.R.312, the Mashpee Wampanoag Tribe Reservation Reaffirmation Act, that would bypass the department and put the land into trust directly. This bill has been introduced before without success even though it has much bipartisan support.

Although the Interior Department has reversed its original decision putting the land into trust, it recently conceded that it has no mechanism in place for taking land out of trust.