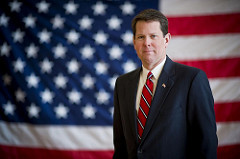 Although he said he has reservations about gambling, Georgia House Speaker David Ralston said he won’t block HR 327, a constitutional amendment that recently passed out of the Economic Development & Tourism committee and would let voters determine if casino gambling should be allowed. Ralston said, “I have some serious concerns, on a personal level, on gambling. But I have to set those aside and recognize there’s actually a tremendous amount of support around the state for having one or two casinos here in Georgia.”

Ralston added he’s “hearing from House members and people around the state that there’s an appetite to let the people vote” on the issue. “It’s important that the people have a voice and they can do that through the constitutional amendment process,” he said. A recent poll conducted by casino advocates indicated a significant majority of voters supports a referendum on gambling.

Previously Governor Brian Kemp and Lieutenant Governor Geoff Duncan also said although they personally oppose gambling, they won’t stand in the way of the constitutional amendment. The legislation would not require Kemp’s approval but he could influence its outcome. In order to pass, the measure would require two-thirds support in each chamber and approval by a majority of voters in a November 2020 referendum.

Gambling supporters are trying a new approach this year to win over skeptical Georgia politicians. Instead of pushing for specific requirements for destination casino resorts, they are working to legalize casinos first and fill in the details later.

HR 327, sponsored by Savannah-area Republican Ron Stephens, chairman of the Economic Development & Tourism committee, the question for voters would read: “Shall the Constitution of Georgia be amended so as to preserve the long-term financial stability of the HOPE scholarship program and to support other scholarship programs through net tax and licensing revenues generated by permitting the establishment of licensed destination resort facilities where casino gaming is permitted?”

The bill does not spell out how the casinos would be licensed, where they would be permitted, who would oversee them or any other specifics. Observers said Atlanta, Savannah, Augusta and Columbus are likely locations.