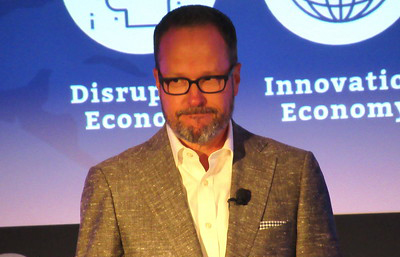 Georgia lawmakers are expected to take up sports betting in the current session; according to Chris Clark (l.), of the Georgia Chamber of Commerce, “With the state’s resources down 10 percent, here’s a pot of money that could help.” Two bills are circulating, one with support from the major leagues.

Among the items expected to be discussed in the Georgia legislative session that resumed June 15 will be sports betting. The issue failed to gain traction in the session suspended by the coronavirus pandemic, but lawmakers may be more receptive in light of the economic downturn.

“We need to pass that in Georgia to capture revenue,” said Chris Clark, president and CEO of the Georgia Chamber of Commerce. “Now more than ever with the state’s resources down 10 percent, here’s a pot of money that could help educators, healthcare (workers).”

Clark believes businesses could benefit from the potential tax base expansion.

“We don’t how big that economic impact would be, but the bigger discussion is capturing those tax revenues and keeping those dollars in the state,” he said.

Two different bills remain in play, according to the Atlanta Business Chronicle.

A mobile sports betting bill in the Senate would legalize online betting under the Georgia Lottery Corporation and could generate over $40 million in annual revenue for the state, supporters say. The bill has the support of most of the pro teams in the state.

“Whether they’ll be an opportunity to move it forward in the remaining days of the session remains to be seen,” said Billy Linville of the Georgia Professional Sports Integrity Alliance, a coalition of major pro teams. “But we’re optimistic.”

The House version includes wagering in casinos and pari-mutuel betting, a bill which would add more jobs. Rep. Ron Stephens who filed the bill, said “tens of thousands” of jobs would be created at destination resorts and tracks.

“We have an opportunity to fill the hole in every different way, whether it’s in jobs, (tax) revenue, HOPE Scholarship or Pre-K funding,” Stephens said.

But there is significant opposition from religious groups and others who believe gambling is immorally wrong and breeds crime.

Mike Griffin, the public affairs representative for the Georgia Baptist Mission Board, thinks that the potential revenue earned from legalized wagering won’t be an economic home run anyway.

“For every dollar raised in tax revenue, it’s going to end up costing an additional three dollars in social expense,” Griffin said.