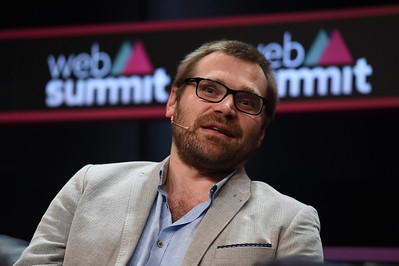 Georgia is among the states that have not legalized sports betting. But DraftKings Co-Founder and North America President Matt Kalish (l.) said Georgia would be "a perfect market." When the legislature reconvenes in January, professional teams are expected to lobby for sports betting legislation similar to the mobile sports betting bill that state passed last year.

Since professional sports leagues resumed play after Covid-19 shutdowns, sports betting handle has soared. Observers said that’s due to orders restricting fans to stay home to limit the spread of the virus. As a result, states have collected $325 million more in handle through November compared to the same period last year, according to Bloomberg.

Georgia is one of the states that has not legalized sports betting. But when the state legislature reconvenes in January, Atlanta’s pro sports teams and other interested parties are expected to lobby for sports wagering. A primary observer has been Boston-based DraftKings Inc.

DraftKings Co-Founder and North America President Matt Kalish said, “It would be a perfect market to offer sports betting. I think the first step that the legislatures will have to consider is what framework are they interested in deploying. DraftKings advocates for an open, competitive market where the best product wins. I think a reasonable tax structure is also important to compete with illegal offshore sportsbooks that don’t pay any taxes.”

In Georgia, sports betting supporters said the illegal sports betting market is at least $2 million annually, not including those who travel to other states where sports wagering is allowed. That includes Tennessee, which passed a mobile sports betting bill last year; more than $27 million in wagers were placed in its first week. A similar bill was proposed in Georgia and passed the Senate Special Judiciary Committee, where it stalled–although it had advanced farther than any previous sports betting legislation.

Kalish said Georgia is like Tennessee, not just because both have popular pro teams, but also a strong fan base for local college teams. He noted two of the top five most popular sports in betting are college football and college basketball. “This is a great opportunity that will be very popular with consumers. We’ll absolutely be following the progress and advocating for what Georgians want on the sports betting front,” he said.