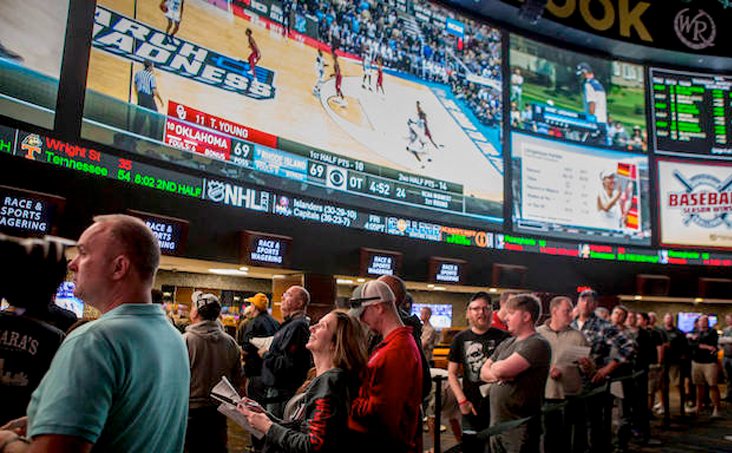 Live or in-play betting lets you place your bets throughout the course of a sporting event, with odds that fluctuate according to game trends and major plays. It gives you more chances to win, to strategize—and to have fun. Here’s your how-to guide, and some picks for NFL Week 4.

Thanks to live online betting, you don’t have to rush to place your bets before a game starts.

With live betting—also called “in-play” betting—bets remain open until the game’s decided. There are lots of benefits to betting during a game, but the main reason is because it makes the game more fun.

Live betting makes every play significant. Every three-yard gain, layup, strike and especially injury affects the ever-changing odds of a game. It makes you root harder for your team. Here’s a shining example of the beauty of live betting: https://twitter.com

As shown in this clip, you can live bet anything from spreads to moneylines to, in this case, the over/under. Since the odds on these bets are always adjusting to the trends of each game, lots of strategy comes into play.

The Best Strategy
The best strategy is perhaps the simplest: Be patient. Take your time to bet. If the team you want to take on a spread or moneyline is already up big, it’s too late. The spread will be appropriately adjusted to the score and in most cases will be too wide to logically take. The money line, in turn, will have such low odds that your wager will have next to no return—not worth it.

If you have confidence in your team, again, be patient. It’s not a surefire tactic, but waiting for your team to go down early or even just to have a slow start could greatly improve the available odds and provide a much more enticing bet.

Here’s an example: In NFL Week 2, the Oakland Raiders got out to a quick 10-0 lead against the heavily favored Kansas City Chiefs. The spread dropped all the way down to -1.5 for the Chiefs, who went on to score 28 points in a row and win by 18. In this case, the original spread would still have hit, but had the game come down to a one-field goal margin, the Chiefs’ spread wins instead of losing, like it originally would have.

Touchdown! Get into the end zone at WilliamHill.com.

The problem with live betting is also a positive, in that it’s easily and constantly accessible. It becomes a problem, however, when you start betting on a cricket game happening 11 time zones away where you couldn’t recognize one person in the entire stadium if your life depended on it. It’s very easy to get careless with these bets simply because there’s almost always at least one sporting event going on somewhere. Stay away from betting blindly. Stick to games and teams you know.

NFL Picks of the Week
There will be plenty of live betting options this Sunday, as the NFL season rolls into Week 4. Separately, here are some favorable matchups offered by William Hill that are worth looking into this week:

Don’t forget, if any of these games get off to an unexpected start, look no further than live betting to jump on those adjusted odds. As always, be smart and good luck!