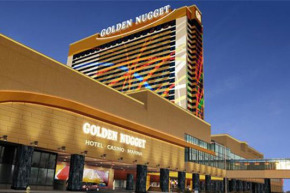 Churchill Downs and Golden Nugget Atlantic City are teaming up on an online sports betting platform in New Jersey. The goal is to launch by early 2019, according to Casino.org.

While Kentucky-based Churchill Downs is known for its horse racetrack of the same name, where the Kentucky Derby is held each year, the company also operates casinos in Maine, Florida, Mississippi and Ohio, and is expanding into New Jersey with the Golden Nugget partnership.

Churchill Downs and Golden Nugget have an operating agreement with interactive gaming provider SBTech for the online casino and sports betting platforms.

The partnership comes after the U.S. Supreme Court struck down the longtime ban on federal sports betting, opening the door for states to legalize sports betting.

Until sports betting platform officially launches, horseracing fans can wager on races at a variety of tracks at Churchill Downs’ TwinSpires online site.

Golden Nugget Atlantic City has emerged as a leader in online gaming in New Jersey, grabbing about 34 percent of the state’s online gaming revenue this year, according to Casino.org. By partnering with Churchill Downs, Golden Nugget is hoping to attract new players to online gaming and sports betting.

New Jersey, which led the push to repeal the federal sports betting ban, is trying to finalize regulations on gaming expansion.

“We want to act quickly to capitalize on the court’s decision so that we can get sports gaming in place and operating in New Jersey,” State Senate President Stephen Sweeney, a Democrat, said following the SCOTUS decision.