HomeThe ShuffleGolf Is Back with the PGA Tour

Golf Is Back with the PGA Tour 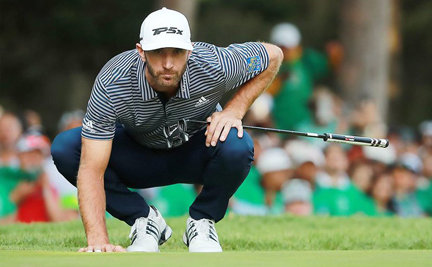 Golf is back with the PGA Tour, which tees off with the Sentry Tournament of Champions on January 7. Let’s look at the prospects for the Top 3—Johnson, Rahm, and Thomas—and other pro golfers.

The PGA Tour is back from its winter break, but many consider the Sentry Tournament of Champions the real start of the pro golfing season.

For years, the Tournament of Champions—which tees off Thursday, January 7 at the Plantation Course at Kapalua, Maui—was the official beginning of the tour’s year. Now the season starts in the fall, just a week after the last event of the year, the Tour Championship.

As a result, many top golfers shut down after Labor Day. It’s hard to find much star power in the fall events, but that gives guys outside the Top 50 a chance to compete—as evidenced when golfers like Hudson Swafford, Jason Kokrak, and Carlos Ortiz won events.

Their reward for capturing a PGA Tour event is entry into the Tournament of Champions. But there’s a downside. Those golfers have to compete against seven of the Top 10 in the Official World Golf Rankings, including No. 1 Dustin Johnson, No. 2 Jon Rahm, and No. 3 Justin Thomas.

It’s not surprising that these guys top the odds boards. Johnson is the favorite at most sportsbooks, hovering around 6/1. Thomas is next at 7/1, and Rahm follows at 8/1.

Sink a $100 Risk Free Bet at GoldenNuggetCasino.com. Bet up to $100 on your first single sports bet. Only straight wagers and live bets qualify. If you lose your bet, your stake is refunded up to a $100 Free Bet.

Due to the coronavirus outbreak, the PGA Tour suspended its season in March of last year, after the first round of the Players Championship. Three full months passed before the tour resumed, at the Charles Schwab Challenge in June.

That disruption threw the four major championships into chaos. The Masters was moved from April to November. The U.S. Open went from June to September. And the PGA Championship shifted from May to August. All three went off without fans, along with most events on the regular tour stops. The Open Championship, as well as the 2020 Summer Olympics, where golf was slated to be played, were canceled altogether. (The Olympics were moved to 2021.)

Adam Scott, who went through a bout of Covid-19, said last year was trying for all the golfers.

“Last season wasn’t really a season for me,” Scott said. “It was a lot of time away from the tour. Routines changed and couldn’t be put back in place. Logistics were just too difficult.”

This year, all four majors are back at their regular dates, with or without fans. One thing looks rock solid, and that’s Johnson’s odds of winning a major championship. According to the Westgate Las Vegas, he’s the favorite in all four of this year’s majors.

Johnson, who won the Masters in November, also finished tied for sixth at the U.S. Open, and tied for second at the PGA Championship.

The 36-year-old is 8/1 to repeat as Masters Champion, and 10/1 to win the other three majors. Those are definitely better odds than what bettors would get if they took him to win a major this year. Those odds are +188.

Johnson is preparing for the Tournament of Champions, and told the Golf Channel he’s ready for the new season. “The game is fine,” he said. “It’s about where it normally is this time of year. It still feels pretty good.”

Lose those Monday blues at BetMGM.com. Opt in to the Money Monday Club, and receive a $10 Free Bet when you place a total of $50 in qualifying wagers during the previous week.

Other Golfers to Watch

One golfer who could contend in the majors this year is Xander Schauffele. The No. 6 player in the OWGR finished fifth in the U.S. Open, tied for 10th at the PGA Championship, and tied for 17th in the Masters. The 27-year-old believes his time might be soon to capture his first major.

“I haven’t won a major,” Schauffele said. “I’ve played well in them. Maybe I do need to pick up the practice. I’m still trying to learn how to prepare the best, in all honesty. I ask veterans. I try to look at how guys prepare.”

For more tips on betting the game of golf, check out these basics.