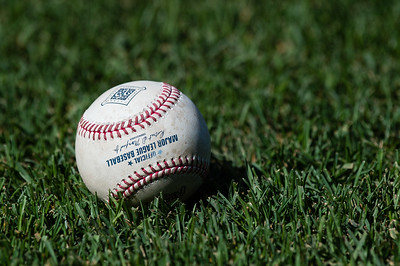 Major League Baseball came to a halt before the season began. While the coronavirus pandemic still rages in the U.S., the league has started conversations about how to resume play. One idea includes playing all games in the Phoenix area, without spectators.

In a normal year, Major League Baseball would be three weeks into the 2020 season. But this is anything but a normal year. Like every other professional sport, baseball shut down when the coronavirus pandemic ramped up.

And like other pro leagues, MLB wants to get back to games sooner rather than later. So the league has discussed several ideas, including playing games in one central area like Phoenix once it’s deemed safe to begin the season.

The option has not gone beyond the talking stage. Officials have not sought approval from government and health agencies or from the players association. According to the Los Angeles Times, ESPN reported a plan to start the season as early as May with all games played in the Phoenix area with no spectators present.

The Associated Press said the proposal got an airing in a phone call between the league and players association on April 6.

“MLB has been actively considering numerous contingency plans that would allow play to commence once the public health situation has improved to the point that it is safe to do so,” the league said in its statement. “We continue to interact regularly with governmental and public health officials, but have not sought or received approval of any plan from federal, state and local officials, or the Players Assn.“

The pandemic ended spring training on March 12 and pushed back opening day until mid-May, maybe later.

The Arizona plan requires sequestering of players, coaching staffs and other essential personnel at local hotels, with only travel to and from stadiums allowed. There are 11 ballparks within 50 miles of each other in the Phoenix area, many serving as spring training facilities.

“I think players are willing to do what’s necessary because I think they understand the importance of baseball for their own livelihoods and for the interest of our country in providing a product that gives all the people that are isolated enjoyment, “Boras said.

But it won’t be easy, he said.