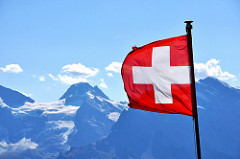 The Swiss Association for Information, Communications and Organization Technology is warning Swiss officials considering blocking illegal online gambling sites in the country that the move could jeopardize online security and the country’s digital economy.

According to a report from the Telecompaper news service, the group says that measures being considered by the National Council would also be ineffective and could be easily over-ridden by modern computer browsers. The system would also “almost inevitably” lead to the blocking of uninvolved sites or providers, the association said.

Further, the association said network locks change the addresses of data packets, which mirrors the behavior of cyber criminals and makes it even more difficult to detect cybercrime, according to the report.

The result could also deter online companies from marketing in Switzerland at all as most companies look for markets with open internet access, the association said.