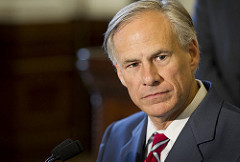 Here’s a roundup of where candidates for governor in select Western states stand on sports betting.

In Arizona, Governor Doug Ducey said he would not oppose sports betting at the state’s 55 OTB parlors. The state has tribal casinos but no commercial casinos. State tribes are opposed to such an idea.

In Arkansas, Governor Asa Hutchinson stated he opposes sports betting. However, a ballot measure would allow it if it passes.

Colorado: Republican Walker Stapleton has not directly said he supports sports betting but indicated he would appreciate the potential revenue. Other candidates have not stated their positions.

Iowa: Sports betting was a major topic among legislators earlier this year but it wasn’t legalized. Both Governor Kim Reynolds and Democratic challenger Fred Hubbell do not consider sports betting to be a significant issue.

New Mexico: Sports betting is not a major issue for either Republican Steve Pearce or Democrat Michelle Lujan Grisham.

Oklahoma: Republican candidate Kevin Stitt said the state would benefit from revenue from gambling, including, by inference, sports betting. Democrat Drew Edmondson has not stated an opinion on sports betting.

South Dakota: Republican candidate Kristi Noem said she was “opposed to expanding gambling,” and Democratic candidate Billie Sutton stated legalizing sports betting would be up to the voters.

Texas: Incumbent Governor Greg Abbott opposes any expanded gambling in the state. Democratic challenger Lupe Valdez has not directly endorsed sports betting but she said if it becomes legal in Texas, revenue should go toward education and public services.

Wyoming: Neither candidate has taken a stand on sports betting, which has not been addressed by the legislature.

Meanwhile, back east. the two candidates to succeed Connecticut Governor Dannel P. Malloy both recently weighed in on sports betting in the state.

In the summer Malloy called for a special legislature session to address sports betting, but negotiations with the Pequot and Mohegan tribes collapsed. The tribes argue that they and they alone a guaranteed the right to offer sports betting because their existing tribal state gaming compacts give them exclusive rights to casino gaming.

However, many contend that casino gaming does not include sports betting since only in Las Vegas have casinos offered sportsbook.

Ned Lamont, Democrat nominee for governor said last week that he sees sports betting as one way to fund property tax reduction. “I gotta show we’re gonna have a significant cut in property taxes and how I pay for it,” he said. “So it’ll be a priority for me first thing next year.”

GOP nominee Bob Stefanowski takes it a step further: “We need to look at it further. It’s just starting to come out. Unfortunately, Dan Malloy has left us with a situation that we can’t rule too many things out, and if it’s gonna happen in the country anyway, then we need to look at how to control it and get some revenue out of it.”

Independent candidate Oz Griebel said he prefers to negotiate a deal with the tribes to make way for sports betting.