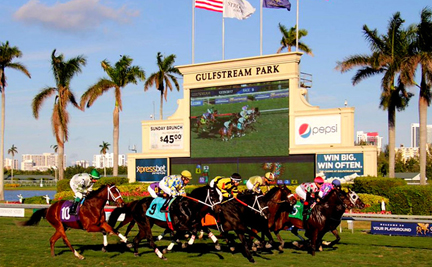 Look for a spectacular Saturday of horse racing at Gulfstream Park, with a total of $1.25 million in purses paid out on major races alone.

Look for a spectacular Saturday of horse racing at Gulfstream Park, a haven of winter action. A total of $1.25 million in purses will be paid out on the major races alone. Most nationwide bettors can be part of the action via TwinSpires.com.

Bettors on horse racing this weekend can plan for a multi-race card with good-sized fields and top-level horses. The dynamics lead to large betting pools and healthy payouts. -+The loaded weekend cards not only bring the big players, but the best racing of the week.

It pays to bet on horse racing at TwinSpires.com! Earn a $200 cash bonus when you sign up to wager today. 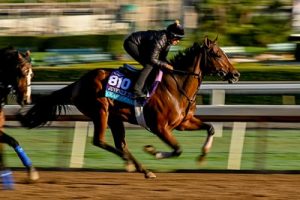 The Fountain of Youth Stakes, at $350,000, is the final prep race for the Florida Derby (Saturday, March 27), and the Kentucky Derby (Sunday, May 2). This gives the public a good chance to begin following Derby contenders.

Multiple horses have been victorious in both the Fountain of Youth and the Kentucky Derby. They include Tim Tam (1958), Spectacular Bid (1979) and Thunder Gulch (1995.) In recent years, the Florida Derby has become the best Kentucky Derby prep. That’s why all industry eyes will be on this year’s Fountain of Youth.

The Fountain of Youth is the headliner for this big card. But it has plenty of support. You can also bet three races with $200,000 in purse money at stake:

Bet $50, Get $50 when you sign up at BetAmerica.com. Bonus is awarded when you create an account and make your first wager.

How do you get in contention? Take your favorite horse and “key” him in the first and second position, along with at least three other horses, especially if there are longshots you like.

If your horse runs first and the others run second through fourth, you hit it. It’s also wise to put your favorite horse in the second spot, allowing the others to run first third and fourth.

Gulfstream is an excellent track for longshots, especially on the weekends.

Keep an eye on this, along with the Rainbow Pick 6. More than $2.5 million was wagered into the Pick 5 pool last week. That means picking the last five winners on the card. The Pick 6, which requires six straight winners, can balloon via carryover pools into millions of dollars in a matter of days.

Magic at Other Tracks 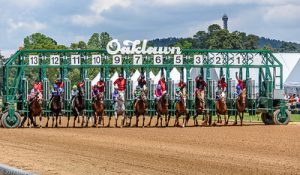 Oaklawn Park usually has a strong weekend card and this weekend’s headliner is no exception. The Arkansas track offers the $200,000 Spring Fever.

There’s plenty of excitement in horse racing this weekend at several tracks. Keep your eye on the 1.25 million in purses at Gulfstream Park’s spectacular Saturday events. Stay with iGaming Player over the next few months as we follow the Mint Juleps to Derby Day.