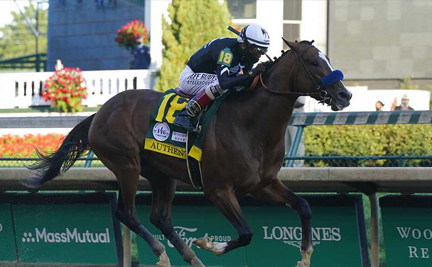 Kentucky Derby favorite Tiz the Law ran a close second to Authentic, ruling out a Triple Crown winner for 2020. Let’s size up the field for the final race in that fabled series, the Preakness, coming October 3 at Pimlico.

Talk about an upset. The experts and a whole boatload of bettors found themselves off course when it came to presumed Kentucky Derby winner Tiz the Law, who ran second to Authentic last weekend.

But that’s what makes horse races. How will Tiz, Authentic and others perform at the Preakness Stakes, coming up Saturday, October 3 at Pimlico Race Course in Baltimore? Let’s size up the field.

First, some respect for Tiz the Law. The son of 2014 Florida Derby champ Constitution seemed all but unbeatable going into the Derby, with four straight victories this year, including the Belmont Stakes on June 20, and the Travers Stakes at Saratoga on August 8.

With those wins under his belt, hopes were high that Tiz would give us a 2020 Triple Crown winner. But the Sackatoga Stables thoroughbred may have been hampered by his position at Churchill Downs’ 17th post; no horse has ever won from that starting point.

Authentic, under jockey John Velazquez, took the advantage, working his way over from the far outside, then outstripping 7-10 favorite Tiz in the homestretch.

“The horse couldn’t have run a better race,” Authentic trainer Bob Baffert said. “To beat a horse like Tiz the Law, it was really phenomenal.”

TwinSpires.com now offers a $200 new-player sign-up offer. Create your new wagering account with TwinSpires.com and earn a $200 bonus—doubled from $100!

Rematch in the Making 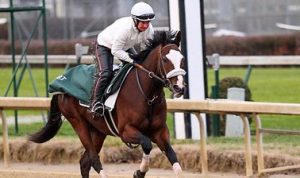 Will we see a rematch between Authentic and Tiz the Law at the Preakness? Can both maintain peak performance condition with a four-week layoff? And how about other horses who could be comers in this contest?

According to Baffert, Authentic and his stablemate Thousand Words will both run the Preakness Stakes, a race Baffert’s won seven times, most recently in 2018, with Justify, the most recent Triple Crown winner.

As for Tiz the Law, he’ll likely also be in the running. Sackatoga managing partner Jack Knowlton told Horse Racing Nation, “He’ll be back. Hopefully, he’ll come out of the race well, and we’ll look to go on to Baltimore, hopefully win that and get some revenge.”

If Tiz the Law does compete in the Preakness, he could again be the favorite.

The lineup isn’t finalized yet, but another contender making lots of noise is Art Collector, who was scratched from the Derby due to a foot injury. Starting last November, Art Collector racked up five straight wins, including the Blue Grass Stakes on July 11 and the Ellis Park Derby on August 9. Now back in training, the horse considered an elite runner is expected to be race-ready in October.

Look for another contender in Pneumatic, who skipped the Kentucky Derby after winning the Pegasus Stakes at Monmouth Park in August. He’s won three of his five lifetime starts, and earned a third in the G3 Matt Winn Stakes before finishing fourth in the Belmont. With an extended layoff, he could come roaring back next month; trainer Steve Asmussen has won the Preakness twice, and should have his colt in top form for October.