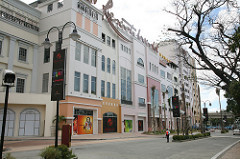 Hard Rock International, the U.S.-based casino giant run by the Seminole Tribe, is the only remaining bidder for a casino license in Catalan, Spain, about 60 miles from Barcelona.

Melco International Development and the Genting Group were once in the running for the Catalan project, but Hard Rock was the only company to submit a bid before the 30 June deadline. Hard Rock was partnered with Melco for a while, but now that Melco is concentration solely on its Cyprus casino, Hard Rock will focus on Barcelona. Hard Rock plans to invest $2.3 billion in the Tourist and Recreation Complex, formerly known as BCN World, which is expected to create 10,000 jobs.

The company issued a statement saying it will build “a unique center of leisure and world class entertainment in Tarragona.” The tribal gaming firm simultaneously withdrew from a plan to build a €500 million (US$566 million) integrated resort in the Republic of Cyprus. The company sold its 35.37 percent stake in the project to it former joint venture partner Melco.

Carles Puigdemont, president of the Catalan Generalitat, or regulator, called Hard Rock “a great partner, a great brand, surely one of the best operators to make the project come true.”

“We have never thrown in the towel to carry out a long-claimed project; with this investment there will be a strengthening of the tourist identity of our country, and the area will see growth in terms of jobs and wealth generation,” he said.

Hard Rock has already provided a guarantee of €3 million to apply for the casino license, in addition to the is €2.5 million the operator already gave to the Institut Català del Sòl to have access to the land.