Has Gambling on Esports Finally Arrived? 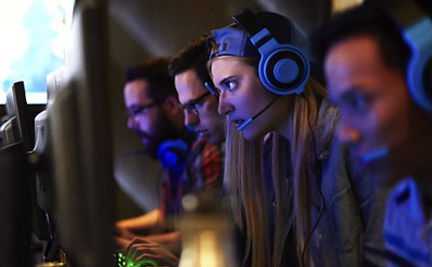 Will Grossenbacher and David Schulman

Could the ongoing sports void turn into a launchpad for betting on esports? These days, the idea doesn’t seem so far-fetched.

When U.S. states first implemented stay-at-home orders back in March, Americans had to adjust to the age of social distancing. Workplaces went fully remote, meetings switched over to video chat, and people gathered for virtual happy hours.

But noticeably absent from all of this? Live sporting events, with a notable exception: esports. What began as a niche market only a few years ago, esports—or competitive video game competition—has grown into a multibillion-dollar industry. Because video games are a digital entertainment medium playable from anywhere, esports virtual competitions are thriving.

And yet, sportsbooks largely haven’t offered wagers on esports.

With the Nevada Gaming Control Board (NGCB)’s recent approval of sports betting for a CounterStrike Global Offensive (CS:GO), Call of Duty and Overwatch esports leagues, are sports books and regulators ready to embrace esports?

It’s too early to tell whether esports can compete with traditional sports for gamblers’ attention once they return full force, for the many reasons listed below, esports provide an attractive avenue for growth in the gambling industry—and potentially great entertainment for bettors.

Legal in Nevada; Who’s Next? 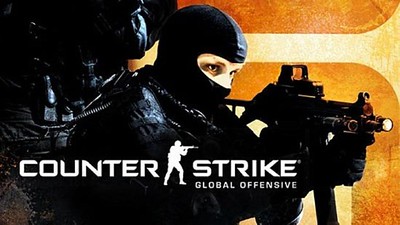 On March 25, the NGCB approved betting on Counter-Strike—ESL Pro League Season 11: North America. Since then, regulators have also approved betting on the 2020 Call of Duty League and the 2020 Overwatch League, along with various tournaments for CS:GO, League of Legends, Dota 2 and iRacing.

While New Jersey regulators had previously approved sports betting on a handful of esports tournaments, these decisions mark the first time that U.S. regulators have approved betting on esports league play.

Overwatch, Call of Duty and CS:GO are all multiplayer first-person shooter (FPS) games, where teams of five or six players compete in head-to-head matches.

In the past few years, esports has grown into multibillion-dollar industry, with hundreds of millions of fans worldwide. In the same time frame, sports betting in the United States has also increased. At last count, 17 states across the U.S. (with three more on the way) now have legal sports betting.

So, why the dearth of wagers for esports despite their clear popularity? Four reasons may explain:

Esports by their very nature are appealing platforms for placing and accepting wagers. Because all the action occurs virtually, esports also generate a wealth of stats and data to help verify outcomes. And the lack of a referee removes an element of human error that can cause controversy in traditional sports bets. With esports, there can be no controversial penalties (or lack thereof) or winning by a nose—all the stats are recorded as the match progresses, and at the end, the winner is clear.

To preserve the integrity of matches, powerful anti-cheat software programs are integrated into video games. While the outcome of esports events can be open to manipulation (match-fixing or “throwing the game”), that risk is no greater in esports than in other sports. In fact, because esports are based on intellectual property owned by a specific company, a player caught cheating can be subject not just to a ban from the league or entry into the Hall of Fame (like Pete Rose), but to a lifetime ban from playing the game itself (meaning, in the Pete Rose analogy, he could never hit a baseball ever again).

Future Growth in Esports and Gambling in the U.S. 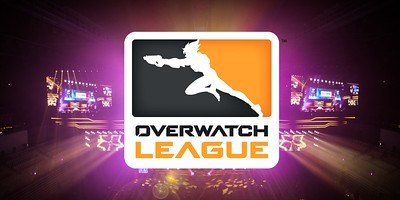 Although the gambling industry has traditionally steered clear of FPS games, the CS:GO, Call of Duty, and Overwatch approvals may indicate that sportsbooks have shrugged off their hesitation over the FPS format.

In addition to FPS games, multiplayer online battle arena (MOBA) games such as League of Legends and Dota 2 have been subject to sports betting on a smaller scale, and the MOBA format provides an additional outlet for sports betting because of the similarity with traditional sports.

Esports games based on traditional sporting leagues also provide an easy avenue for sports betting. One of the most popular of these games—NBA 2K—already has a professional esports league that is a joint-venture between Take-Two Interactive, the game’s publisher, and the NBA. NBA players and fans have flocked to the game since the NBA suspended its current season. Esports leagues also already exist for games portraying professional football, baseball, hockey, soccer and racing.

Finally, the rise of esports and sports betting presents the unique opportunity for collaboration between the two “gaming” industries and for further growth for both. A partnership between a casino or sportsbook operator and a video game publisher might provide an opportunity to either convert an existing game—like INDYCAR’s iRacing—or to develop a fit-for purpose game that it is exclusively tailored to wagering and casinos in the same vein as greyhound racing.

Not since the start of UFC and MLS in the 1990s have U.S. sportsbooks had a new professional sport available for wagers, and esports, as a new entertainment genre, offers multiple games and leagues and numerous fan bases. The Covid-19 pandemic has shaken the global economy, disrupted daily life and presented a significant threat to the lives and well-being of millions of people.

But this period of uncertainty may also present opportunities for new and emerging industries. The time appears to be ripe for betting on esports.

Will Grossenbacher and David Schulman / Author

Will Grossenbacher is a member of the corporate practice in Greenberg Traurig's Atlanta office. David Schulman serves as co-chair of the Video Game and Esports Practice Group and is a corporate shareholder at Greenberg Traurig. This article is presented for informational purposes only and it is not intended to be construed or used as general legal advice nor as a solicitation of any type.