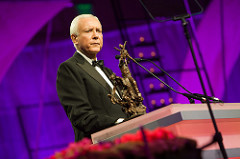 Utah Senator Orrin Hatch believes that the federal government needs to get involved in the sports betting industry again. One of the authors of the 1992 Professional and Amateur Sports Protection Act, which was overturned by the Supreme Court in May, Hatch says he has “grave concerns” about sports betting.

“Sports betting, like other addictive behaviors, has ruined many lives,” Hatch told the Senate. “And it’s threat to the integrity of the games shows why the Professional and Amateur Sports Protection Act passed the Senate 88-5.”

But Hatch said he was a realist. “Prohibition is not a possibility or prudent path forward,” he said. “Our goal should be to bring that activity into well-regulated legal markets that can better protect consumers and the integrity of sports.”

To do that, Hatch will propose “fundamental federal standards that will protect the integrity of the games.”

Hatch outlined “match fixing” as one of the threats, but ignores the fact that legal, regulated sports gambling will reveal those connections and problems rather than exacerbate them.

Hatch gave no indication of what these “federal standards” would be, but stressed that players and referees should be banned from sports betting. He took particular aim at regulations in West Virginia, where sports books would be the decision-makers of these bans.

Hatch will retire from the Senate at the end of this term, and so far has no co-sponsors for his proposed measure.