Hockey Heaven: Stanley Cup Playoffs Off to an Exciting Start 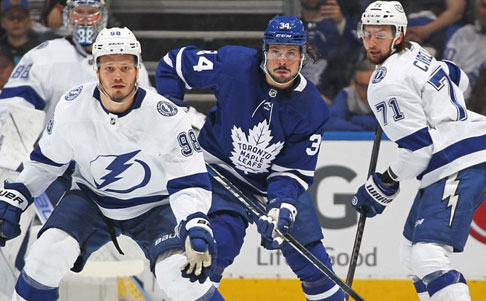 Eight first-round series in the Stanley Cup Playoffs are done. A full five of them went to seven games, and two of those five went to overtime. What about the next round?

Most sports fans agree that the NHL Stanley Cup Playoffs offer the most intense competition among all U.S. professional championship series. You won’t find a “play-in” round. You won’t endure a three- or five-game playoff, and you don’t get a bye when you’ve won the most games. It’s all seven games, balls-to-the-wall hockey.

That was in evidence in spades during the first round of the Cup competition. In the eight series, 16 teams played their hearts out. Only the Colorado Avalanche got through in the minimum four games, knocking out a weak Nashville Predators team. Two other series went six games, with the Florida Panthers ousting the Washington Capitals and the St. Louis Blues getting the best of the Minnesota Wild.

The other five went seven games, and in every sport, there’s nothing like a Game 7.

The Toronto Maple Leafs continued their playoff frustration, falling to the Tampa Bay Lightning 2-1, extending to six years their failure to get beyond the first round. The Leafs had their strongest team in years, but still couldn’t best the two-time defending champions.

The Boston Bruins–Carolina Hurricanes series was a story of home ice, as every game was won at home. But another narrow Game 7 win put the Hurricanes into the next round, 3-2.

The Edmonton Oilers took down the upstart Los Angeles Kings with superstar Connor McDavid putting the icing on the cake in a Game 7 2-0 shutout.

For the final two series, seven games wasn’t enough. The Pittsburgh Penguins were leading 3-2 in Game 6 when a last minute goal pushed the series to Game 7 at the home of the New York Rangers. Tied 3-3 in the overtime period, it only took a few minutes for Ranger star Artemi Panarin to score the clincher.

And in Calgary, the Dallas Stars pushed Game 7 into overtime, but Johnny Gaudreau pushed the puck into the net to set up the “Battle of Alberta” against the team’s rivals, the Edmonton Oilers.

And there are some great stories in the second round series.

It isn’t a Subway Series like the legendary 1950s World Series featuring New York teams, but it’s unique and kind of rare. This is the first time since 1991 that the Oilers have met the Calgary Flames in the playoffs. The Oilers beat the Flames that year, as they did in ’88, ’84 and ’83, winning the Cup twice in that span. The Flames got the best of the Oilers in ’86, but lost in the Cup finals.

It’s sure to be a physical series played before rabid crowds. And despite the great play by McDavid, the Flames are huge favorites at -190. Bet the Oilers and you get +170. 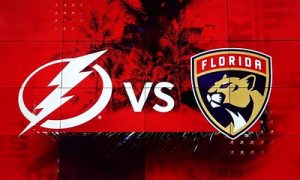 Maybe the biggest surprise of the regular season was the dominance of the Florida Panthers. The Panthers have been doormats in recent years, but this year, it’s the opposite. And while they beat the Capitals in the first round, it was closer than it appeared, and the Panthers won three of their four games in overtime.

The Lightning, on the other hand, played a grueling series against the Leafs with star goalie Andrei Vasilevskiy looking pretty average until Game 7. So even though the Lightning have won the last two Stanley Cups, they’re underdogs versus the Panthers at +145.

If any series has seven games written all over it, it’s the Hurricanes versus the Rangers. The elements of each team are very even. Carolina gets starting goalie Frederik Andersen back from the injured list, but Rangers star goalie and Hart Trophy finalist Igor Shesterkin is just as good. A slight edge to Carolina for defensemen, but the forwards are almost level. 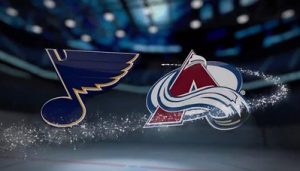 Here’s another great showdown by two great teams. Colorado’s been the best team in the NHL this year, dismantling its opponents as demonstrated by the Avalanche’s shutout of the Predators in the first round. The Blues, meanwhile, scored a mild upset in beating the Wild. But the Avs are too dynamic for the St. Louis defense, launching waves of offense with their talented forward. Only a stellar performance by Blues goalie Jordan Binnington will be able to keep the Avs at bay.

This mismatch gives the Blues to biggest price of the day at +330, while an Avalanche bettor must put up -410.

Now that we’re down to eight teams, the odds for actually winning the Cup are becoming more interesting. Particularly the positioning of the Lightning, vying for a third straight Stanley Cup.

You can make a case for any of these teams with sub-quad-digit odds to win. But why not go with your heart and place your money on the New York Rangers, and their coach, Gerard Gallant, who led the Vegas Golden Knights to the finals before being shot down by the Washington Capitals? Stranger things have happened!

Sign up to wager on the NHL at Golden Nugget, and you’ll score a $1,000 welcome bonus plus 200 Free Spins at the casino.