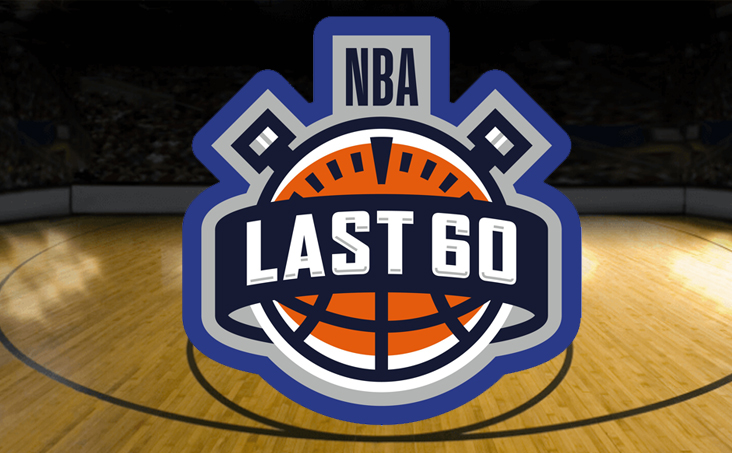 Betting on historic horse and dog races has been around for years. Now historic NBA hoops are coming to New Jersey. Pending regulatory approval, NBA Last 60 will soon be live at the Tropicana, Golden Nugget, Resorts and Virgin online casinos.

For bettors who are also basketball fans, a new game heading to New Jersey online casinos should be a slam dunk.

NBA Last 60 takes clips from actual pro basketball games and puts them together to create a whole new match—or at least, the last minute of it. Offered by U.K.-based Highlight Games and Spin Games, NBA Last 60 replaces a 90-second version of the game; in testing, the shorter version proved quicker-paced and more engaging.

Spin Games, headquartered in Reno, Nevada, is providing free and real-money versions of the game through its ROC Remote Gaming Server (RGS) platform.

Four online casinos will offer it, including GoldenNuggetCasino.com, VirginCasino.com, TropicanaCasino.com, and ResortsCasino.com, pending approvals from the state Division of Gaming Enforcement.

Sign up to play at GoldenNuggetCasino.com, and double your first deposit up to $1,000. Don’t miss out on this limited time offer.

Spin Games CEO Kent Young says the game is “a different category of product, actually a first in terms of using historical sports footage. We think it will appeal to both sports betting and casino players—probably skewing on the side of the sports bettors, but applicable to both.”

The NBA has opened its game vault to developer Highlight Gaming, which generally pulls video clips from the last three or four seasons.

The virtual sports betting game should be available in the Garden State by the end of March.

Playing is more fun when you can keep the action going. Sign up at VirginCasino.com, and get up to $100 cash back—that’s real money, not bonus bucks.

How It Works
First, you choose two opposing teams. Then, you’re invited to make up to four wagers (for example, who will win, or which team will make the first three-pointer). After you place your bets, a random number generator chooses an offensive or defensive clip of your teams, chosen from the last minute of a real game.

With thousands of clips to choose from and millions of possible combinations, it seems it would be virtually impossible for you to determine the outcome—which hopefully will make for a buzzer-beater of a game.

Nothing But Net—for Now
So far, historic sports in the U.S. have been limited to horse racing and dog racing, or virtual sports played by animated figures. Young predicts NBA Last 60 could start a trend that brings more professional-league sports to the iGaming arena. Even so, basketball—a fast-paced game even novices can easily follow—may be ideally suited for the format.

“Basketball is a very good fit. It’s fast-moving and the scores change rapidly.”

Sign up to play at TropicanaCasino.com and get up to $100 cash back on a deposit of $10 or more.

Backed by the powerful NBA brand, and fueled by the emotional attachment fans have for their teams, NBA Last 60 “has a lot more appeal than traditional horse races or greyhounds,” said Young. “The other part is that it’s on-demand. Players don’t have to wait for a particular game.”

Only time will tell how historic sports betting goes over among fans and online casino players who are unfamiliar with the genre, but Young has high hopes. “We’re optimistic,” he said. “We think it will do very well in the market.”

Sign up to play at ResortsCasino.com and you may qualify for a casino bonus of up to $1,000. Start playing today.