Horse Racing Breaks into A Gallop 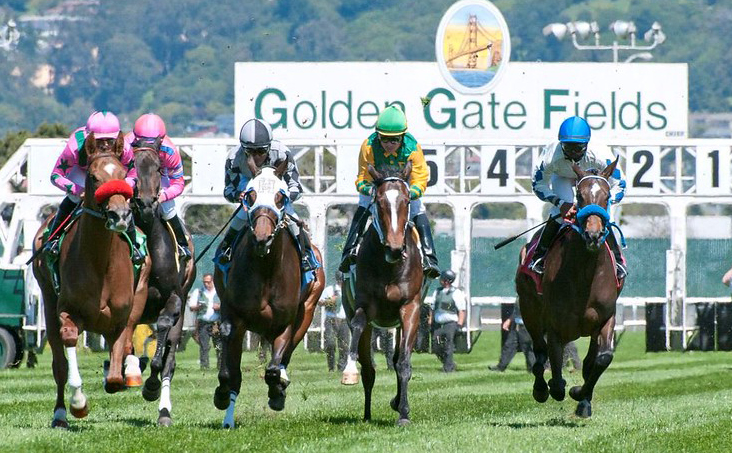 Horse racing made a big comeback last weekend with the return of action at Churchill Downs and Santa Anita. Suddenly, it’s a party for sports bettors.

Suddenly, it’s a party for sports bettors. Wagers can be placed throughout most of the country at TwinSpires.com.

The rapid-fire return of four tracks in one weekend has energized the industry. Once the Eastern circuit returns this summer, with tracks like Delaware Park, Belmont Park and Saratoga, the industry will be near full strength.

Three weeks ago, that seemed a remote possibility to many.

Churchill Downs, horse racing’s best-known establishment, was forced to postpone the Kentucky Derby from May 2 until September 5 because of Covid-19. But on its opening weekend return, Churchill Downs had strong payouts and big fields. Betting totals exceeded half a million dollars in many races. That’s pretty impressive when you don’t have fans.

Claim your prize! Open a TwinSpires.com account and start earning your $100 bonus right away!

Gulfstream Park has a popular 20-cent Rainbow Pick Six. It requires the successful prediction of the day’s last six races.

A guaranteed pool of $900,000 awaits on Thursday. Unless there’s a single winning ticket (almost unheard of), 70% of the pool is split between all the winning tickets, and 30% is carried over to the following day. The total exceeds $1 million quickly.

Gulfstream continues to excel with large payouts in superfectas (picking the Top 4 finishers, in order) during the early weekend races.

The large fields contribute to this dynamic. So does the relatively low level of racing, meaning a longshot that improves slightly over past performances can suddenly be in the money. Recent examples show longshots combining with favorites on a big ticket.

In the second race last Sunday, a 24-1 longshot, We Connected, hit the wire first. Right behind were the 6-5, 3-1 and 5-1 shots—O’Driscoll, Bulkcarrier and Tempus—the three pre-race favorites. The superfecta paid a whopping $2,160 on a $1 bet.

Sign up to play at BetAmerica.com, and get a first-deposit bonus of up to $500 for new casino players.

Developing news: On Monday, Texas Governor Greg Abbott signed an executive order permitting spectators to return to tracks in the state, for the first time anywhere in the world since the Covid-19 outbreak began. Simulcast facilities and racetracks can open to fans beginning Friday, May 22, but only at 25 percent capacity. Larger circuits in Kentucky and California have resumed racing, but only behind closed doors. The last race in the Lone Star State was held at Sam Houston Race Park on March 22.