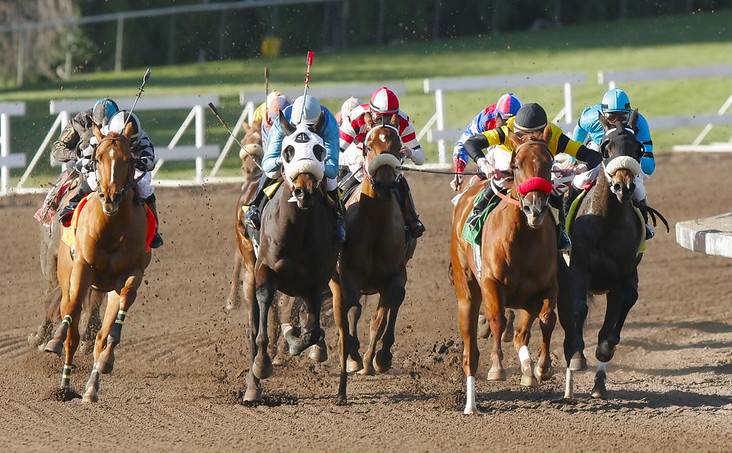 Horse racing isn’t immune to the cancellation pandemic, but it’s shown a resilience not seen in other sports. Races are continuing to be held, sans spectators.

Yes, the Kentucky Derby has been postponed from May 2 until September 5, making the Run for the Roses the latest casualty of the coronavirus.

But something unusual has happened in the Sport of Kings.

Races are taking place without crowds. That means racing establishments trust online bettors. They trust these fans will kick in enough to offset revenues lost from the suspension of live racing.

These are just a few of the facilities that continue to present live racing without crowds now. Those empty stands are strange for the ambience, but it’s a reflection of the new normal.

The tracks may be ghost-like entities, but the show goes on, at least for now.

Sign up to wager at BetAmerica.com and you’ll be eligible to claim a $1,000 risk-free bet. New players only. Terms and conditions apply.

The Derby Dilemma
Churchill Downs had a problem. The Kentucky Derby’s scheduled May 2 date would have required a flip-of-the-coin decision in early April about whether to run the event. For many fans, that would have been too late to book hotel rooms. The Derby is always witnessed by more than 150,000 spectators. And so, the event was moved.

Representatives of the Preakness Stakes, May 16, and the Belmont, on June 6, indicated a willingness to move their events back, maintaining the same cycle of running after the Derby.

In a perfect world for racing officials, that would mean the Kentucky Derby on September 5, the Preakness on September 19 and the Belmont Stakes in early October.

But there’s no perfect world these days. An October Belmont could discourage horses from running in the November 6 Breeders Cup, the richest day in American horse racing.

The schedule is a mess. It’s going to remain a mess. Yet bettors and track officials seem resigned to simply make the best of it.