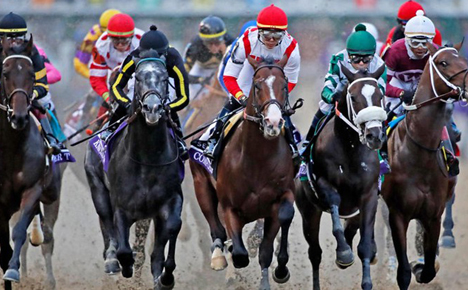 With the Florida Derby on the books, Kentucky Derby hopefuls will battle it out at three key prep races on Saturday.

Saturday closes out the Kentucky Derby Future Pool 5, and three final 100-point races will be held for horses to qualify for the Derby. Normally, 40 points get you in.

Forbidden Kingdom figures to be heavily favored in the Santa Anita Derby, while Morello attempts to make it 4-for-4 in the Wood Memorial at Aqueduct, two key Kentucky Derby key races. 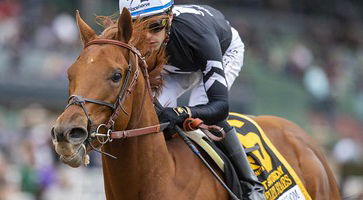 The Blue Grass at Keeneland is the other Derby prep considered a tried-and-true steppingstone toward the Run for the Roses. If the Kentucky Derby were tomorrow, my Top 5 would be:

Among last weekend’s three 100-point Kentucky Derby prep races, the Florida Derby stands out as the best. The winner White Abarrio (96) sits second on the Kentucky Derby Point Leaderboard, and has only lost once, at Churchill Downs. I love the horses who finished second and third, Charge It and Simplification.

In most years, the Kentucky Derby winner would have to have a 100 or better speed figure. Winner Epicenter (102) who broke his maiden on a Churchill Downs wet-main track at one mile, eclipsed the century mark in the Louisiana Derby, Epicenter was Steve Asmussen‘s fifth winner that day at Fair Grounds on Louisiana Derby day.

Now 4-for-5, Florida Derby (96) hero White Abarrio needed the 100-point win to get into the gate in Louisville. His only career loss was his only start away from Gulfstream, when he was third to Smile Happy on Churchill Downs dirt. The Florida Derby race set up perfectly for him as he tucked in behind the speed under a great ride by Tyler Gaffalione. Sired by Tapit. his dam was 3-0-0-0 during her career.

Tiz the Bomb is 5-for-8 during his career and winner of the JB Steaks (94) on a synthetic surface rallying from sixth. He has the style to win at one mile and 1-1/4 mile, but has something to prove in Louisville. His lone Churchill Downs dirt start was a seventh-place finish in his May 2021 career debut. He’s 1-for-3 on dirt. His dam won twice including a turf race at the Derby distance of one mile and 1-1/4 mile.

Arkansas Derby winner Cyberknife (92) was never too far back to win it. His dam was a winner capturing five route stakes. He’s 0-for-2 in Louisville, finishing second twice on Churchill Downs dirt in his first two career races at six furlongs.

The UAE Derby winner and Japanese-bred Crown Pride is 3-for-4. He’s out of an unraced dam. Until these UAE winners come here and win or fare well in the Derby, I would have to dismiss.

Bet on the ponies at PlaySugarHouse and get a 100% deposit match up to $250. Because you deserve more! 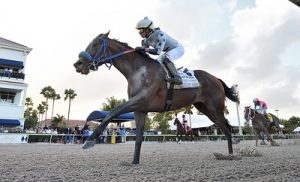 Simplification didn’t need the points to get in, and broke more sharply than expected in the Florida Derby. We’d love to see jockey Jose Ortiz retain this mount. He figures to have plenty of pace to rally in Louisville, so it’s hard to dismiss him. The Fountain of Youth winner (96) rallied from sixth and didn’t get the easiest trip that day, as he was full of run while saving ground. He had to check momentarily at one point, then ended up in the two-path, then the three-path behind a wall of horses, and then swung out six wide. Once he made the lead he went back to the inside under mild handling to open on the field and was a very sharp winner. He’s never raced anywhere but Gulfstream, but his dam won a Churchill Downs optional-claiming dirt route.

Tampa Bay Derby winner Classic Causeway (84) is Grade 2 placed on Churchill dirt. He was the 4-5 favorite at Tampa and scored on the lead, setting soft fractions while coming out to the 3-path at the quarter pole—a sign he was getting tired. He faded in the Florida Derby finishing 11th. With speedster Forbidden Kingdom, this one will have to change tactics to make any impact at Churchill. His dam was a stakes winner at seven furlongs and was a stakes-placed dirt router.

Sunland Derby (86) winner Slow Down Andy dueled for the lead as the 6-5 favorite. Once he made the lead, he had another challenger, but was game to hold on for the win along the inside. He’s slower than other horses. Nominated for the Santa Anita Derby April 9, he’s out of an 0-for-2 dam who did not race past 6.5 furlongs.

Churchill Downs 6.5 furlongs dirt starter allowance winner as a 2-year-old, and he’s hit the board in two of the Derby point races to get a likely entry on the first Saturday in May. He rallied like he wanted to run all day, but finished second in the Arkansas Derby to Cyberknife. He’s out of an 0-for-1 dam who finished seventh in her lone OP dirt start at six furlongs.

Un Ojo finished eighth when outrun throughout in the Arkansas Derby (71). He will need to do a lot more progressing before the Derby to make any impact. 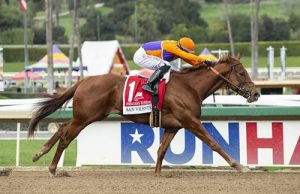 Forbidden Kingdom was visually impressive at the San Felipe (98) as the even-money favorite went right to the lead and was never challenged widening under a hand ride. He looked very much like his sire, Triple Crown winner American Pharoah in this one. His dam was a Grade 3 stakes winner, but she never raced past six furlongs during her career. I would have more faith in this horse if San Felipe runner-up finisher Doppelganger didn’t finish fourth in the Arkansas Derby. He stamps his ticket as a Derby favorite if he impresses in Saturday’s Santa Anita Derby.

Morello was even money so he was supposed to win the Gotham (96) and he did to make it 3-for-3 on his career at Aqueduct. The horse had a perfect stalking trip in second, then drew off late. He didn’t do anything wrong, but others have impressed more. He has a chance to remain perfect in the Saturday’s Wood Memorial, as he stays home for his fourth straight Aqueduct start. His dam’s lone win was at seven furlongs on wet dirt.

Zozos has a good 98 speed figure when finishing second to No.1 Epicenter. He has Forbidden Kingdom and Classic Causeway to catch for this up top. His seven-win dam was a two-time route winner.

Summer Is Tomorrow was the UAE Derby runner-up. UAE winners have a long way to go to prove their worth in the Derby. He’s out of a one-win sprint dam who went 0-for-6 in routes.

Charge It began his career on January 8 and stamped his ticket to Kentucky with a runner-up finish in the Florida Derby (93), where he still seemed to be learning. The winner, White Abarrio, got jump on him to pounce on the leaders. Considering it was just his third career start, it was a strong effort. He’s only raced at Gulfstream. Dam won once on a seven furlongs-wet main track score.

This late runner seems better on a synthetic surface, noting he was no match for No. 1 Epicenter in his only dirt start, finishing fifth in the Risen Star. He was no match for Tiz the Bomb in the latest, but that runner-up effort and 40 points likely gets him in. Dam was a stakes winner at six furlongs but 0-for-6 in routes.

Smile Happy is already a Grade 2 Stakes winner on the Churchill Downs surface. He was the second betting favorite at 6.5-1 in Kentucky Derby Future Wager Pool 4 behind the favored field (4.20-to-1 odds). He rallied like he wanted to run all day when second best to No. 1 Epicenter in the Risen Star. He has just 30 points and probably will need some more to guarantee him a spot. We’ll likely see him this upcoming weekend in one of the big three stakes (Santa Anita Derby, Blue Grass or Wood Memorial). His grandsire Super Saver won the Derby. His dam, Pleasant Smile, won two routes but her classiest win was in a $7,500 claimer.

Best of the Rest

Pioneer of Medina has gate speed but has finished behind Epicenter a few times and the added distance coming up doesn’t seem to favor. His dam was a stakes winner-router on a wet track.

At Resorts Sportsbook, you deserve a winning score. So, you get a percentage of cash back on monthly sports losses up to $10,000.

Pappacap earned an 88 finishing second best in the Breeders’ Cup Juvenile in 2021, but has yet to eclipse that speed figure as a 3-year-old when defeated by top contenders on this list.

Grantham finished behind Classic Causeway in the Tampa Bay Derby and seeing Classic Causeway finish 11th in the Florida Derby leads me to back others. His only Churchill Downs dirt start was a runner-up finish first time out at seven furlongs.

Rich Strike broke his maiden at one mile on Churchill Downs dirt in impressive fashion at the maiden race he was claimed from. He’s on the outside looking in, with three 100-point races this upcoming weekend. His Dam was a Grade 3 stakes winner router on dirt. 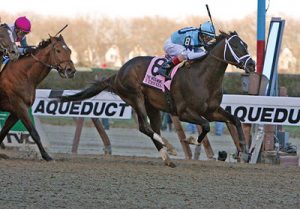 As soon as the Florida Derby concludes and the Gulfstream Park winter championship meet is over, most connections flee Hallandale and go elsewhere to race, though Florida has year-long racing.

The Gulfstream-to-Aqueduct angle has worked for years and is simple. If the Aqueduct-entered runner last raced at the Gulfstream Park meet (December 3-April 3) then he is a play.

We started looking at this on March 18 before the Florida Derby was contested, and a plus $2 rate on investment on place and show bets while two of the last three GP-to-AQU horses entered were winners. There are 11 GP-to-AQU runners going this Thursday and Friday.

Score up to 40% more on winning parlays with Parlay Plus at BetMGM! Place a 4-7 leg parlay on any sporting events. If it wins, the bonus is yours.

Baseball is Back, Bu