HomeThe ShuffleHow Blackjack Has Evolved (According to a Pro)

How Blackjack Has Evolved (According to a Pro) 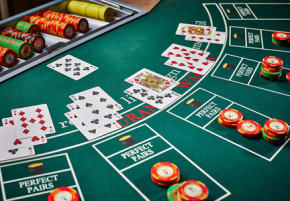 What is it about blackjack that draws people? The answer seems to depend on whether you play for fun or for profit. John Bukofsky, author of “Blackjack: Play Like the Pros,” is wistful for the good old days but still finds appeal in the game.

iGamingPlayer.com spoke to Bukofsky about how the game of blackjack has evolved over the years. This is the second of a three-part interview with Bukofsky.

iGamingPlayer.com: What do you like most about the game or the opportunities that blackjack has afforded you?

Bukofsky: For much of my playing days, I must admit I also found it quite intriguing that you could actually beat the casinos at their own game. Call it the David vs. Goliath syndrome, but for me it was always kind of a head rush to walk into a casino worth $2 billion, have an edge thanks to a scientific method, and successfully use it to garner an edge. I always thought that was a pretty cool thing to be doing. Getting published, doing book signings, having my book appear in “Breaking Bad,” and all the other stuff that’s happened along the way has been the icing on the cake. Blackjack has been lots of fun for me, I must admit.

How has the game changed over the years? There seem to be fewer tables than there used to be.

For one, it’s available online now, as are other games—which I think is partly why the landscape in casinos has changed so dramatically. But probably the biggest change is that in many casinos, blackjack no longer pays 3-2 on some games. That may not mean much to the recreational player, but when you’re in the trenches and playing seriously, that’s sacrificing a lot of edge.

And you’re right. Now that casinos make as much money on nongaming activities as they do on gaming, there are a lot fewer tables—which means the tables that do remain are a lot more crowded. That means fewer hands per hour for those in it for more than just the fun of playing. And then, of course, there are those ridiculous shuffle machines, which completely nullify the ability to count cards. In short, the game isn’t anything like it used to be.

Why do you think blackjack is such a popular game?

Blackjack is probably so popular because it’s simple to play but with interesting twists that develop along the way. It’s like war, but on steroids.

What facet of the game do you like the least?

The fact that you have to bet a lot to win a lot, unlike roulette for example, where at 35-1 straight up, a few chips can turn into many very fast. But, of course, roulette is a game where the Law of Independent Trials applies, thus making it impossible to win in the long run.

Sheree Bykofsky is a literary agent, poker pro and the author of four poker books, including “The Kaizen of Poker” (ECW Press), forthcoming in September 2018. She represents John Bukofsky. The two are not related, even though their last names are similar.