How the Shutdown Affected U.S. Sports Betting—And What to Expect When ‘Real’ Sports Return 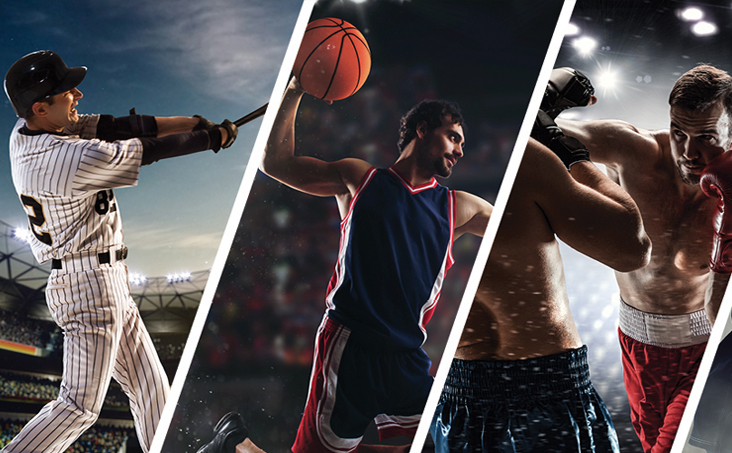 With most sports on hold for now, Rush Street Interactive’s Mattias Stetz talks about the effect on sports betting, and how we’ll get back to normal.

Sports are slooowly coming back (finally), though no one knows when and how they’ll return full-force to the U.S. The Twitterverse is rife with speculation about which leagues will return when. Meanwhile, all fans can do is wait and hope.

For some insider perspective on the shutdown and how it’s changed sports betting, iGamingPlayer checked in with Mattias Stetz, COO of Rush Street Interactive, which runs Rush Street Gaming’s digital ops, PlaySugarHouse.com and BetRivers.com in New Jersey, Pennsylvania, Indiana, Illinois, Iowa, Michigan and most recently, Colorado.

iGamingPlayer: At this point, U.S. sports fans are willing to bet on teams and leagues they’ve never heard of before. Which of those sports are most like our favorites in terms of action and excitement?

Mattias Stetz: Right now, there’s Korean Baseball. ESPN is broadcasting games, but the times are pretty rough (Note: To watch in real time on the East Coast, sometimes you’ve got to tune in at 5:30 a.m., though the games are rebroadcast at 2 p.m. ET.)

We have Chinese Taipei (Taiwan) baseball and basketball. There are some Russian basketball and ice hockey leagues going on. We have basketball in Nicaragua and Turkey as well.

Are those sports likely to maintain their new higher profile once the NFL, NBA and MLB return, or will we forget about them?

Some players have discovered new sports—like table tennis, for example—and the handle’s been impressive on those matches. Some bettors will stick to it, but obviously, when the major sports come back, they will dominate again.

For example, last weekend, a day in advance, we had more handle on UFC 249 than on the weekend before the shutdown, and people usually bet those events the same day. There’s a major appetite from bettors to bet on U.S. sports.

We’ll still offer global leagues—as we did before—but in terms of handle, once the four major (U.S.) sports return, they will dominate again.

How do you think fans will respond when their favorite sports make a comeback?

The first major league to return on a global scale is the German Bundesliga, which will return May 15th. I think the other leagues in Europe are looking at how they can manage this and when they, too, could potentially come back.

I’m hoping for a sort of domino effect, similar to the way sports were shut down, where one of the leagues takes the step, and the rest follow. I’m hoping for Mid-June—maybe.

Should pro sports go forward without fans? There are lots of divided opinions out there about stands with no spectators.

It’s hard to say, because this is such a unique scenario; we don’t have any examples to compare it to. But (without fans in attendance), it could mean that people bet more. Connectivity will usually be stronger in your house than on a stadium’s wifi. So I guess we’ll see.

Do you think this hiatus will have an effect on sports betting’s rise, especially as the U.S. continues to expand the industry?

We just opened a new BetRivers online sportsbook in Colorado on May 1. Obviously, in the beginning of sports returning, there are only so many events to bet on. But once the major sports come back, the regular bettors will too. And hopefully we’ll take on even more from new locations.

Who has this hiatus affected the most: sports franchises, athletes or outside orgs like a Rivers Casino, that do business with the teams/leagues?

Everyone is affected by this. This is something we haven’t seen in our lifetime and hopefully won’t see again. There are no winners in situations like this.

PlaySugarHouse.com is a separate entity from your physical sportsbook. Should we expect it to return to normal once this crisis is past?

Like I said, once the major sports are back in full swing, I think the sports betting industry will return to what it was prior to the shutdown in both capacities (online and retail). We have high hopes.

During the month of May, the Moscow Liga Pro (table tennis league) has comprised a significant portion of Rivers’ betting action. Ice hockey has been particularly popular in Pennsylvania relative to other markets, as is the case with the Belarus Premier League (soccer) in New Jersey.

Register as a new customer at PlaySugarHouse.com, and you’ll get a 100% deposit match up to $250! New players only.

Now an ESPN analyst, Billups placed a $100 futures bet on Denver Broncos rookie WR Jerry Jeudy to win Rookie of the Year (20:1 odds). That bet will forever be remembered in the Centennial State, especially if Jeudy has a top rookie season.