HomeThe ShuffleHow to Bet on the 2018 MLB Post-Season 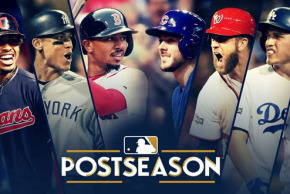 Like March Madness for NCAA basketball and the January NFL playoff season leading up to the Super Bowl, baseball owns its own month. The post-season begins October 2 with the first wild-card game and runs through October 31, if the World Series plays the seven-game limit.

Take what you want for recent history. We’ve seen the spectrum. For instance, while the Houston Astros and Chicago Cubs won the last two world championships after garnering more than 100 regular-season wins, the Kansas City Royals (95) and San Francisco Giants (88) triumphed the previous two years. In 2014, the San Francisco Giants won the one-game “play in” and then went all the way.

Here’s what you CAN figure:

Don’t forget, the NHL season opens October 3. Defense is often loose during the first part of the season and then gets tighter, if you are thinking over-unders.