How to Win at Video Poker 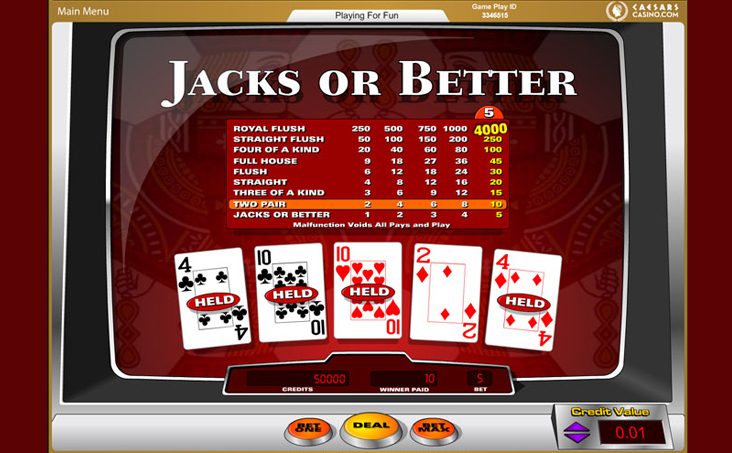 Online casinos have done a good job coming up with new games: a multitude of online slots titles, and table games converted to player-against-the-house games. But one video online game still rules the roost: video poker.

Video poker is as popular online as it is on casino floors—and that means it’s really popular. One big reason is that video poker games are much more interactive than slots games.

The Rundown
All variations of video poker involve playing a basic five-card draw game, where the player is dealt five cards, then chooses which to hold and which to discard on the draw—or second deal of cards.

Payouts are based on standard poker hands. The higher the hand, the higher the payout. Variations of the games usually involve wild cards. The more wild cards in the game, the lower the hand payouts, but the higher your chances of a winning hand. And all video poker games offer a big jackpot for the highest hand—usually a Royal Flush or five of a kind.

As for strategy, the most common is to always go for the biggest hit you can on a given hand. An example would be breaking up a pair or even a three of a kind—which have low payouts—to attempt to hit a straight flush, which has a large payout. Still, many players would rather play the safe bet and except the lower payout. It’s a matter of personal choice.

OK, so that’s a quick primer on video poker. Here’s a look at some variations available at CaesarsCasino.com, just as an example.

You can’t win if you don’t play! Sign up at CaesarsCasino.com, and your first deposit will be matched 100% up to $300 in casino bonus play. Get started today.

Play on, and may the cards always be in your favor.