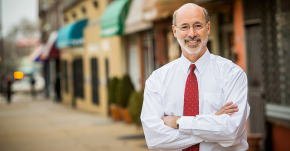 Lawmakers in Pennsylvania have begun work on putting together an omnibus gaming bill, and leaders in both the state House and Senate are finding they have to sort through myriad issues, each with its own benefits and drawbacks.

Those issues include the legalization and regulation of online gaming with sites licensed by the land-based casinos, the regulation of daily fantasy sports, and expansion proposals including tablet gaming at state airports, video lottery terminals for bars and taverns, and significantly different views on taxation between House and Senate proposals.

But one of the most urgent measures in the legislation package is the creation, before May, of a replacement for the host fee casinos pay their local municipalities. The original fee—2 percent of slot revenues or $10 million, whichever is greater, to the casino’s host community—was declared unconstitutional by the state Supreme Court in September. The court gave the legislature until January, recently extended to May, to replace the fee.

No Pennsylvania casino has ever earned $500 million in slot revenues for one year, so every casino thus far has paid the $10 million host fee in quarterly installments. The court held that the fee placed a larger tax burden on the smaller properties—those who, with Mount Airy Resort, had filed suit to challenge the fee—in violation of the state constitution’s tax uniformity clause.

The new legislation being considered by lawmakers would create a flat $10 million local host fee for 10 of the state’s 12 casinos—the two smaller resort-class casinos would remain exempt from the fee. However, officials of the smaller casinos are likely to challenge this on the same basis as the original fee. Even though the House omnibus bill language carefully frames the fee as “20 percent of the $50 million licensing fee they paid up front,” it is the same $10 million fee that was declared unconstitutional.

Officials of several casinos have pledged to maintain their quarterly payments on the $10 million host fee until a new law is in place. Among those refusing to pledge to maintain payments—the next would be due in April—is Sands Bethlehem in the Lehigh Valley. The state senator representing Lehigh Valley has submitted a bill that could solve the problems with the new host fee—tax credits.

State Senator Pat Browne is introducing a bill that would qualify casinos whose host fee is a larger portion of overall slot revenues for state tax credits that would compensate them for the difference, in the form of lower corporate net income tax.

“They still have to pay the $10 million, but a tax credit has the potential to offset that payment,” Browne told the Allentown Morning Call.

Browne is pushing to clear his proposal to preserve the $9 million a year the city of Bethlehem gets from the Sands, which officials say is enough to pay 100 police officers.

Meanwhile, Pennsylvania Governor Tom Wolf danced around a question on online gaming from a representative of the Poker Players Alliance during a Facebook Q&A session. Asked when online poker will be legalized and regulated in the state, Wolf said, “I don’t know,” and went on to defer to the state legislature without stating a position other than to advise caution.

“There is real work being done in the General Assembly as to what enhanced gambling—including online gambling, including possibly online poker—would look like moving forward,” Wolf said. “The deal is that whatever we do on this enhanced gaming, it should not take business away from our casinos or the lottery. Otherwise, why would we do it? Because we’re already getting revenues from that. It should be something that could be implemented cleanly, and the oversight we could do without being really that intrusive.”

The omnibus legislation has been introduced as House Bill 392. The General Assembly is expected to announce a joint House/Senate committee hearing for the entire package of gaming measures.