HomeThe ShuffleiGaming Off to a Good Start in West Virginia

iGaming Off to a Good Start in West Virginia 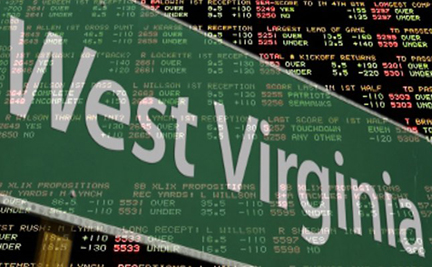 West Virginia is now the fourth state in the U.S. to offer online gambling and mobile sports betting, along with Pennsylvania, Delaware and New Jersey. How’s it going so far in the Mountain State?

The industry got off to a good start in West Virginia, soaring in August and September, then hitting a wall last month. The sports betting handle for September—the second full month of iGaming in the Mountain State—came to almost $78 million, up 89.3% from August, with revenues for the same period up a staggering 242%.

Don’t be misled by the ups and downs. That strong start was likely boosted by the return of Big Sports, including the ongoing NFL and NCAAF seasons. And there’s another factor in play: the West Virginia Lottery Commission (WVLC) tabulates gaming revenues weekly, and the September numbers covered five full weeks, including the last few days of August and the first three days of October.

In October, most major-league sports were done. On September 28, the Tampa Bay Lightning won the Stanley Cup. On October 11, the Los Angeles Lakers became NBA champs. And on October 27, the L.A. Dodgers aced the World Series. As a result, the October sports betting handle in West Virginia was $44.7 million, down 42% from September, and online sportsbooks took in just $26.6 million in October, down from $59.2 million in September. It’ll be interesting to see how the numbers play out as we go into a sports drought this winter.

The iGaming market posted a decline as well, with the total handle down 29.0% from September and online casino gambling down 16.9%. Chalk it up to growing pains and the fall sports season shifting gears.

Online poker is also legal but not yet available, and its fate in the state is by no means certain. Due to the state’s small player pool (West Virginia’s total population is just 1.8 million people), iGaming operators could feel poker isn’t worth the investment—unless and until there’s some clarity about the Federal Wire Act, which bans betting across state lines, and originally applied only to sports betting. In 2019, The Wire Act was reinterpreted by the Department of Justice under the Trump administration, and its status remains in limbo today.

The hope is that interstate poker games will be deemed legal, so gamblers in states like West Virginia will be able to play against those in other states, thereby growing the player base as well as the revenue potential. Meanwhile, Lottery Director John Myers recently told a local media outlet, “We would love to see the launch of an online poker option with a provider in West Virginia. However, under advice from the attorney general’s office, that will be delayed until the DOJ’s current opinion regarding the Federal Wire Act is resolved or a studio is built inside the borders of West Virginia.”

Live-dealer or simulcast games are also under consideration by the WVLC.

Stay tuned to iGamingPlayer for more news on iGaming and mobile sports betting in West Virginia.

This Week in the NCA