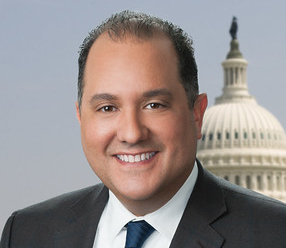 With casinos closed and traditional sports suspended, U.S. states that allow some form of internet gambling have welcomed the additional revenues. Opinions differ on whether the stream will continue once the crisis ends. Gaming attorney Jeff Ifrah (l.), for one, thinks the upswing will continue.

In March, New Jersey’s online poker revenues were up more than 100 percent from the previous month; iGaming revenue overall rose 25 percent from February, and the numbers soared 65 percent year over year. All told, in that month, the state set a new internet gaming revenue record: $64.8 million. And April’s iGaming revenue finished just shy of $80 million.

The reason is simple: on March 16,the coronavirus pandemic shut down all casinos, along with most traditional sports. For the last two weeks of the month, online gaming was the only game in town.

“I expect to see these numbers soar even higher when April revenue numbers are released,” said attorney Jeff Ifrah, founder of iDevelopment and Economic Association (iDEA), which seeks to expand online interactive entertainment in the U.S.

In Europe, meanwhile, online casino play increased 22 percent from February through May 3. The rise was even more pronounced in online poker, according to marketing firm Optimove, which reported an increase of 43 percent in online games.

Canadian gaming firm The Stars Group, driven in large measure by PokerStars and its online casino business, posted record revenues for the first quarter. BetMGM’s Jason Scott said the U.S. gaming giant has seen growth in eSports during the pandemic, but nowhere near that of poker or online gambling.

The online spike wasn’t generated only by the absence of sports, said Amit Bivas, Optimove vice president of marketing. “Only a small portion of customers migrated from sport betting activity to products like online casino/poker,” he said. “The rest are newly acquired players, who probably wanted to spend their time (gambling) while at home.” Slots are the most played online game, Bivas said.

The dramatic increase in revenues over the past six weeks “demonstrates how online gaming can be a boon for casinos, state taxes and consumers looking for internet-based entertainment options,” said Ifrah. “Even during statewide shutdowns of retail casinos, iGaming and iPoker are bolstering tax revenues at a time when money is desperately needed to fund needed projects and programs.”

As long as sporting events are few and brick-and-mortar casinos are shut, online gaming will continue to grow—which could prove tempting to states that don’t yet have it.

“We believe the impact of Covid-19 could spur more states to legalize online casino and sports betting,” Morgan Stanley’s Thomas Allen said in a recent note to clients. “Online can be at least a slight offset to lost revenues during phases of social distancing, as we are experiencing today.”

States like Indiana and Iowa, which already have regulated mobile sports betting tied to land-based casinos, are ideally situated to look at iGaming as an additional offering, Allen added. “Layering iGaming on top of an existing mobile product will be an easier lift for state legislators who may be skeptical of expanded gambling.”

Ifrah’s iDEA has been actively working in Michigan to fast-track the state’s iGaming regulations. As a result, Michigan will be able to launch sooner than planned (Q1 2021 was the anticipated launch) and its cash-strapped retail casino industry may have a revenue stream by fall.

Ifrah and his team are mapping out other target states and gathering data to share with lawmakers—which requires a cautious approach. “Often, when states are in a budget crunch, they tend to over-tax and impose huge fees on a new industry,” he told GGB News. “To be clear, the revenue from iGaming will not solve any state budget crisis. It needs to be looked at as one option of many that states will consider this year and in 2021.”

Many casino gamblers have tried online gaming for the first time due to the pandemic. “To what degree those individuals choose to maintain an online presence with or instead of gaming at the casinos cannot be determined until all gaming options are once again fully available,” said Doug Harbach, director of communications for the Pennsylvania Gaming Control Board.

Bivas said the level of online casino play will likely fall once other options return. “Operators will try and retain new players as much as they can, but people will have less time to play at home,” he said.

Ifrah has a different take. He believes iGaming will continue at the same pace, or an accelerated pace, as casinos re-open and traditional sports resume.

“This is primarily because land-based customers don’t significantly overlap with online customers,” he said. “As data from New Jersey indicates, land-based casino revenue has actually grown since online gaming legislation was introduced.”