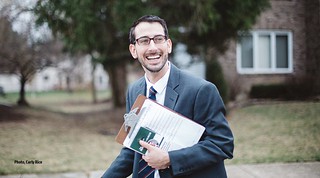 Illinois’ new gambling law approved six new casinos licenses, including one in Chicago and five in the south suburbs. While the Chicago casino is on hold due to tax and profit issues that may require new legislation, the cities of Rockford, Danville and Waukegan are moving forward with their proposed casinos. The cities have until October 28 to make their recommendations to the Illinois Gaming Board, which then will have a year to select who will receive the gaming license in each city.

Rockford, Illinois Mayor Tom McNamara and the city staff recently announced they will recommend the casino proposal of Hard Rock International be certified by the city council to the Illinois Gaming Board.

Others vying for the city’s gaming license were Rock River West Casino Group and Forest City Casino. McNamara said, “After review and consideration of all the responses and weighing the totality of the strengths and weaknesses against the city’s objectives, city staff recommends that the city council certify the Hard Rock Proposal to the Illinois Gaming Board. Hard Rock has the strongest and most complete proposal. Its financial structure is credible. The Hard Rock proposal includes realistic and sustainable minimum gambling tax guarantees, along with additional revenue from payments to offset impacts to the city.”

McNamara said Hard Rock’s proposal includes a minimum annual payment of $7 million in gaming tax revenue to Rockford. Portions of additional revenue sharing payments would offset impacts to police, fire and the Mayor’s Office on Domestic Violence; enhance economic development in disadvantaged areas of town; establish a philanthropic entity controlled by the city council; or other purposes as determined by the city. Hard Rock also would partner with and invest in the Rockford Park District.

Hard Rock International Executive Vice President of Development and Marketing Jeff Hook said, “We think there’s a great workforce here and we think it’s located in a great place that people are used to going to since they were kids at the old Clock Tower site. We’re looking forward to smooth sailing here.” Hook noted the casino would benefit from the Hard Rock name, one of the most recognized brands in the world.

Company officials said if it wins Rockford’s gambling license, it could open a temporary location within 90 days at Giovanni’s Restaurant and Convention Center.

McNamara said city staff did not recommend the Forest City casino proposal due to lack of equity funding details and the Gorman proposal has not secured an operator. “We know that a casino will bring hundreds of construction and permanent jobs, along with added revenue to help us continue the work of stabilizing our city’s finances both in the short term and long term. My responsibility as mayor, and that of our team and the city council, was to select the proposal or proposals that had the best opportunity to provide the most benefits to Rockford,” McNamara said.

The Hard Rock proposal has another advantage over the others—a rock star. Rick Nielsen, lead guitarist for the rock band Cheap Trick, is an investor. Nielsen said the project will benefit “all of Rockford. It’s going to be cool.”

In Danville, the city council recently voted 12-0 to accept the casino steering committee’s recommendation of Haven Gaming LLC’s proposed casino resort and entertainment center at Southgate, south of Interstate 74 at Lynch Road. Haven Gaming is a newly-formed corporation made up of seven members with more than 20 years each of casino experience, according to Mayor Rickey Williams Jr. “They have developed and operated a number of other casinos,” Williams said.

The casino resort would offer a gaming floor with 1,250-2,000 slot machines and 40 table games, a sportsbook, 2,500-seat entertainment venue, entertainment/expo center, conference/banquet center, 300-seat buffet, boutique hotel with a rooftop spa/salon, pool and lazy river, upscale restaurants and other amenities. Haven Gaming officials said a temporary casino with 500 slots and up to 20 table games could open in 2020, soon after the Illinois Gaming Board granted a license.

Haven Gaming team member and gaming attorney Scott Sypolt said, “This is going to be an experience,” referring to the Las Vegas-style shows, restaurants, spa, shopping and gaming the new casino will offer. “We are going to create what you call a ‘wow’ experience. That’s what we’re going to bring to Danville,” Sypolt said. Officials estimated the casino could generate about $6 million in annual revenue and create 400 construction jobs and 700 permanent jobs.

The project would require three phases over three to four years to complete, said. Phase one, including the temporary casino, a restaurant and bar and parking, would cost $118 million The second phase would include the full casino, buffet, up to about three restaurants and additional parking. Phase three would include the hotel, spa, pool and expo/convention center. A possible fourth phase would include a Top Golf-type facility, premium outlet mall and bowling and billiards area.

Haven Gaming would pay the city 4 percent of the casino resorts’ annual revenue after taxes, about $1.5 to $2 million. The company also has agreed to pay $1 million each for an addition to the Boys and Girls Club, improvements to the city hall and municipal buildings and upgrades at the riverfront. In addition, Haven Gaming also would give $50,000 each to the Fischer Theatre and Danville Area Community College scholarships.

“It’s a game-changer for the city,” Williams said. Former state Rep. Lou Lang, who advocated for a Danville casino for decades, added, “It wasn’t always easy. It’s about the future of Danville.”

In Waukegan, Waukegan Development Associates recently asked city officials to no longer consider its proposal for the Casino Fontana

Development. One of the investors stated the company “determined that we should concentrate our resources on other business ventures and opportunities.”

Like Waukegan Development Associates, the four remaining developers would locate their proposed casino at the Fountain Square shopping complex. They are American Place, North Point Casino, Potawatomi Casino and Rivers Casino. Johnson Consulting, hired by the city to vet the developers and their plans, present a report to the city council prior to its October 17 meeting. The city will then send its recommendations to the Illinois Gaming Board by October 28.

Meanwhile, the anti-casino group Waukegan Forward hopes to educate the public about ways to stop the proposed casino. The group’s spokeswoman Lisa May, a former alderman and 2017 mayoral candidate, said the city council “is counting on resident apathy” regarding development of a casino. She said officials should compete an economic study and present the results before moving forward. “Everyone’s assuming down at Springfield that we still want it, but no one’s ever asked us,” May said.

At the group’s recent meeting, Waukegan Alderwoman Ann Taylor, whose ward includes the Fountain Square site, said she’s concerned about using city-owned land for the casino and expressed concerns about social ills that could result.