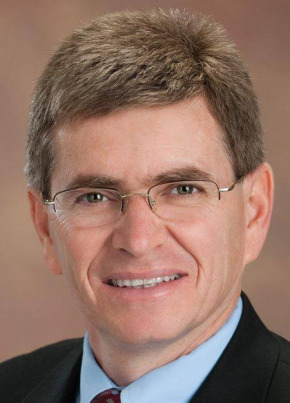 On May 17 the Illinois Senate passed Senate Bill 7 that would authorize up to six new casinos in Chicago, Rockford, Danville, Lake County and the south Chicago suburbs. However, the House Rules Committee subsequently blocked a latecomer amendment to the bill, introduced by state Rep. Tim Butler, that would allow a casino in Springfield.

“Sometimes things do get added at the end, but I think when we’ve talked about casinos around the state for many years, this one was really late in the game,” Butler said. The measure also would require a three-fifths vote in each chamber.

Springfield Mayor Jim Langfelder plus eight of the 10 aldermen on the Springfield City Council sent a letter to state legislators and Governor Bruce Rauner asking them to grant the city a gaming license for a casino with 900 positions. The letter stated 40 percent of the buildings in downtown Springfield do not generate property taxes, and added, “The authorization of a casino license for the city of Springfield will hopefully reverse the loss of jobs and the erosion of our tax base over the last 20-plus years.” Langfelder noted voters would have the final say regarding a downtown  Springfield casino if legislators grant a license.

A downtown Springfield casino could generate $100 million in annual tax revenues, supporters said. About $24.4 million would go to the city to be used for the local school district, the Abraham Lincoln Presidential Library And Museum and more. Lobbyist and local developer Chris Stone said, “It’s something that is a lot easier sell when you’re talking about carve-outs, meaning what should go to gaming funds and what should go to Springfield to help rebuild and revitalize.” Stone added, “We’d like to have a seat at the table, so to speak. These opportunities only come around every so often.” Stone estimated the casino would create 600-800 jobs.

State Senator Terry Link said he did not want changes made to the gambling expansion bill that passed the Senate. However, he noted he would be willing to sponsor a separate bill for a Springfield casino and other changes sought by gambling proponents.

Governor Bruce Rauner stated, “I’m personally not a fan of gambling. I don’t really do it and I’m not a fan.” However, he said he would not rule out a casino, if that’s what local residents want. “I’m not sure casinos are the right way to drive tourism. My preference is to have more exhibits and monuments and fun things for kids to do with their parents. Having it more family focused and maybe veteran focused. And focused on the wonderful history of Illinois that would be a better thing to do.”