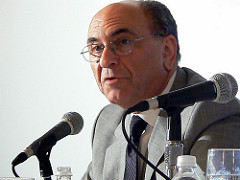 In Illinois, lawmakers from two House subcommittees met in Springfield for a second hearing on expanded gambling. The first session, held in August, focused on adding up to six new casinos, offering slots and table games at racetracks and slots at airports and daily fantasy sports. The recent session focused on sports betting. State Rep. Bob Rita, chairman of both subcommittees, led the hearing.

Regarding gambling expansion, state Rep. Lou Lang emphasized the importance of “doing it right” and avoiding the example of Pennsylvania, which is charging sports betting operators comparatively high tax rates which could work in favor of illegal sports books.

One of five legislators who sponsored a sports betting bill in the most recent session, Lang said, “We have to consider this a piece to some larger puzzles that we have. This is not a cash cow, although it is an important tool for economic development.”

Lang said he’s not opposed to professional sports leagues’ integrity fee, as long as the state would receive some value in return. “I don’t have a problem giving major league sports a fee, but I want to give them a fee for something. Not a fee for nothing. I have proposed to them that any fee they get ought to be in exchange for information we need, like data, pictures, videos, demographic and marketing information. That would help us market sports betting in Illinois, and that would give us something for anything we might pay them.”

Chicago White Sox General Counsel John Corvino stated, “Now I’m sure that we all recognize the risk that sports betting poses to the integrity of our game.” Without directly asking for a fee, Corvino asked lawmakers to include provisions that would protect sports teams’ integrity.

MLB Vice President of Government Relations Josh Alkin referred to an integrity fee as a “royalty,” and also requested the ability to restrict certain wagers and the mandated use of official data.

National Football League Players Association Public Policy Counsel Joe Briggs listed several requests related to data and expressed concerns about the personal safety of athletes as a result of sports betting, referring to a recent beer-throwing incident in Massachusetts. Briggs commented no state has passed a sports betting law with sufficient provisions, but he said discussions with New York legislators were progressing.

National Basketball Players Association General Counsel Clarence Nesbitt asked lawmakers to write laws to “clarify that players own their own performance and biometric data.” Referring to LeBron James’ undisclosed injury during last year’s NBA Finals, Nesbitt said players should have discretion over the release of such information. “LeBron’s integrity is clearly beyond reproach and needs no defense from me. We need you to leave the choice of data disclosure in LeBron’s capable hands , if you’ll pardon the pun.”

State Rep. Michael Zalewski, chair of the House Revenue Committee, said lawmakers will need to determine whether sports betting should be limited to brick-and-mortar locations or if online wagering should be allowed. “If we added mobile, then you would talk about a real opportunity to have revenue affect the state of Illinois,” he said.

Zalewski also asked lawmakers to include daily fantasy sports in any gambling expansion legislation. Regarding DFS operators FanDuel and DraftKings, he said, “They’ve been good corporate citizens. We want them to continue to flourish in Illinois. We want them to have comprehensive regulations.” Zalewski noted DFS “can sort of be the tie that binds the different industries and the bricks-and-mortar to one unifying approach going forward. All of these things have the opportunity to bring the stakeholders together and figure out the best path forward.”