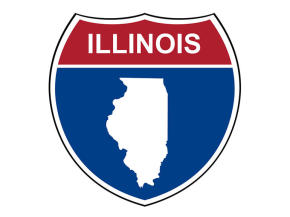 The Illinois legislature adjourned at the end of May but Governor Bruce Rauner called lawmakers back to the capitol to try to pass a budget bill. The special session ended Friday, June 30 without a budget for the third consecutive year—and without an online gambling/daily fantasy sports bill. The House Executive Committee met during the week but took no action on either H 479, the iGaming/DFS bill, or on S 1531, a DFS-only bill.

The Illinois Senate had passed the iGaming/DFS bill 42-10 at the end of May.

DFS companies DraftKings and FanDuel operate in Illinois although a 2015 attorney general opinion stated DFS is illegal gambling. Online gambling is available through unregulated offshore websites. Supporters estimated the state could earn $1.7 billion through legal online gaming and $280 million in revenue in its first year of being legal, mainly from online casino games and poker.

The bill would have created a Division of Internet Gaming within the Illinois Gaming Board. It would have issued 5-year licenses costing $10 million each plus required an advance payment of taxes at 15 percent of revenue. Players under 21 years old and professional sports players would have been banned and the state would have officered problem gambling assistance.