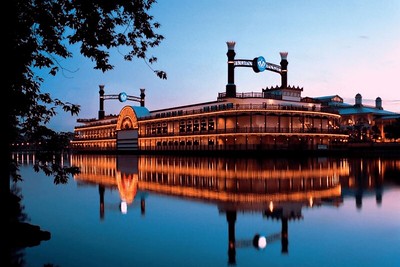 The third sportsbook in Illinois recently opened at the Grand Victoria Casino in Elgin, in partnership with William Hill U.S.

Grand Victoria Senior Vice President and General Manager Bill Gustafson said, “Partnering with the country’s leading sports betting operator allows us to offer our customers an elevated experience that features industry leading wagering and technology. The sportsbook is in a prime location that will draw sports fans in and keep them engaged as they cheer on their favorite teams.”

William Hill’s application to offer mobile sports betting is pending with the Illinois Gaming Board.

Rivers Casino in Des Plaines was the first in Illinois to open a brick-and-mortar sportsbook, followed by Argosy Casino in Alton. Rivers launched its sports betting app in June. All 10 Illinois casinos were closed in March due to Covid-19, and allowed to reopen in July.

Other casinos awaiting regulatory approval to operate sportsbooks include the Hollywood Casinos in Aurora and Joliet, Par-A-Dice Casino in East Peoria and Casino Queen in East St. Louis.

The Elgin sportsbook is William Hill’s first Illinois operation. The company came to the U.S. in 2012 and now manages 113 sportsbooks in Nevada plus others in Indiana, Iowa, West Virginia and New Jersey.

Also last month, the Illinois Gaming Board issued its eighth master sports wagering license, this one to Hawthorne Race Course. The track, just outside of Chicago, has partnered with PointsBet as its sportsbook operator. The board issued a temporary operator permit to PointsBet at the same meeting, according to Sports Handle.

The Hawthorne license means six casinos and racetracks will seek to become the third sportsbook to accept bets in Illinois, joining Rivers Casino, which runs BetRivers Sportsbook and the Argosy.

Hawthorne will be the first racetrack to put off-track betting sportsbooks in play. Illinois law allows three OTBs designated for sports betting by each track.

“The PointsBet team is thrilled to hear the good news that our partners at Hawthorne Race Course received a 4-year master sports wagering license. “We’ll soon unveil our retail and mobile product for sports fans in the state of Illinois,” PointsBet USA CEO Johnny Aitken said.

Track President and CEO Tim Carey praised Hawthorne’s long presence in the state—next year will mark its 130th anniversary, making it the oldest sporting venue in the state—and stressed the importance of the casino to help the sagging fortunes of horse racing. “It means horsemen will be able to keep their businesses and families in Illinois.”

In related news, DraftKings has rebranded the Casino Queen in East St. Louis, changing the name to DraftKings at Casino Queen. DraftKings became the second mobile/online sports betting app to go live in the state, joining BetRivers, which launched its app on June 18. PointsBet expects to go live by month’s end.

“Illinois is home to some of the most passionate sports fans and most iconic sports teams in the entire country,” said Jason Robins, DraftKings co-founder and CEO, in a press release.

Argosy at Alton, also in suburban St. Louis, has not yet gone live with its mobile app.

William Hill U.S. added its 10th state when it opened a sportsbook August 3 on the Grand Victoria riverboat casino in Elgin, Illinois, according to Legal Sports Report. The locale also marks the first since Eldorado Resorts acquired Caesars Entertainment in July, keeping the Caesars name. Last year, Eldorado acquired a 20 percent stake in William Hill U.S. in exchange for a 25 year-deal to run sportsbooks at the company’s casinos.