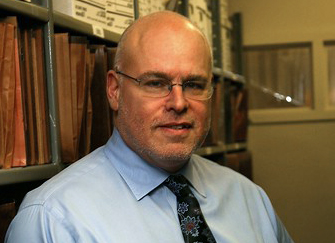 Due to the Covd-19 pandemic, Atlantic City’s nine casinos closed their doors on Monday, with no idea when they will reopen. The industry that fought its way back from the Great Recession is back in survival mode, says gaming analyst Cory Morowitz (l.).

In Atlantic City, the lights are on, but no one’s home.

At 8 p.m. Monday, by order of New Jersey Governor Phil Murphy, the city’s nine casinos closed their doors “until such time as it is deemed safe for their reopening,” doing their part to curb the spread of the Covid-19 virus.

“It is no longer time for business as usual,” Murphy scolded at a televised press conference yesterday afternoon. “Stop believing folks who say this isn’t real.”

“It’s unprecedented,” he said, speaking to GGB News several hours before the shutdown. “It’s one thing to close down for a few days. Now we’re talking about weeks.”

Asked how the local industry is reacting to the development, Morowitz said, “Everyone’s in survival mode. The people I’m talking to are thinking about emergency planning: how do you marshal cash to get through the next couple of months? If you own your building, how do you pay your bond payments? If you’re part of a REIT, how do you pay your rent? Will there be a federal response that’s going to be helpful?

“The casinos are figuring out how to be fiscally responsible, and planning ahead so they’ll be ready to get back in the game.”

He agrees that the federal government must play a pivotal role, with a stimulus policy that creates liquidity so banks, businesses and individuals can weather the storm. He acknowledged that, for the approximately 30,000 Atlantic City casino employees facing weeks without work, the crisis could be life-altering. “A lot of them are just a few weeks away from being underwater.”

It’s a tough time for Atlantic City to take such a gut punch. In the past few years, its gaming industry, hammered by the recession of 2008, had come roaring back—after a grim period in which four casinos closed, revenues plummeted and 10,000 people lost their jobs.

The industry in the resort town had been especially buoyant of late, with two new casinos on the fabled Boardwalk—Hard Rock and Ocean, which opened in 2018—gaming revenues up 18.4 percent in February, and sports betting on fire.

Rummy Pandit, executive director of the Lloyd D. Levenson Institute of Gaming, Hospitality & Tourism at Stockton University, said last month’s results were the highest for February since 2011. According to the Press of Atlantic City, the industry had been enjoying “a monthly hot streak that (was) quickly approaching two years.”

That hot streak has now gone cold. Some analysts hope iGaming will pick up the slack. “Yes, some casinos can generate cash flow that way—it’s certainly one opportunity,” said Morowitz. “But the people I’ve talked to are not really banking a lot on online betting.”

With no sports to bet on, mobile sportsbooks will have to get creative to deliver betting options to all those hungry fans (according to PhillyVoice.com, Turkish soccer may continue, if anyone’s interested; the website also suggested taking bets on the temperature, the primary election results, and celebrity deaths.)

So, what’s next? Morowitz said the shutdown of casinos along with restaurants, bars, movie theaters and other entertainment venues “will create a lot of pent-up demand” that will have to be satisfied after the viral contagion has passed—if people have any money at that point.

He predicts the impact will be long-lasting, into late 2020 in a best-case scenario, but more likely continuing into next year. In China, he noted, “Once they quarantined the entire country, it took about four weeks for (virus) cases to level off, and now you’re starting to see factories come back online. But they’re still well behind the eight-ball. It will take months to get to full productiveness.”

Now may be the moment to recall the famous line by late New Jersey state Senator Jim Whelan, a former AC mayor, who once quipped, “I always say Atlantic City is like Dracula—you can’t kill it, no matter how hard you try.”

Morowitz went so far as to liken the industry’s response to Elizabeth Kubler-Ross’s five stages of grief, starting with denial, then moving on to anger, bargaining, depression, and finally, acceptance.

“At least we’re beyond denial now,” Morowitz said. “It’s anger and sadness. The entire country is shutting down. There’s a lot of uncertainty out there about how we’ll come back.”

He expressed the hope that, following those five stages, the sixth and final stage will be rebirth.

No Do-Overs for NCAA