HomeThe ShuffleIn-Game Betting: All You Can Eat, But Don’t Stuff Yourself

In-Game Betting: All You Can Eat, But Don’t Stuff Yourself 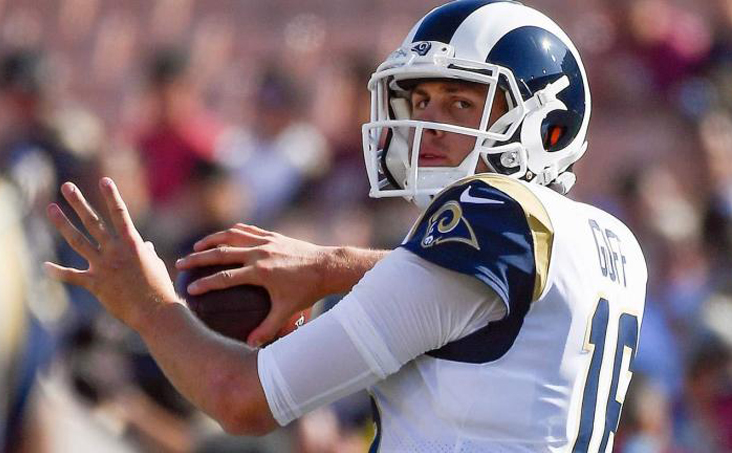 You may be fast at in-play betting, but the odds are even faster. Here’s the lowdown on how to make better in-play bets, just in time for Sunday’s big game.

In-game betting is the ultimate wagering feast. But, like every all-you-can-eat smorgasbord, it can give you indigestion.

How can you be selective and take only what you want, during the Super Bowl and beyond? Here are some thoughts I’ve compiled from tinkering in-game with small bets.

In-game betting lets players wager on the next score, the next play, or an adjusted over-under total. But remember, you’re betting into a mix of pre-determined odds, and those odds move faster than individual bettors. There may also be a delay in getting your bet established if the numbers are adjusting.

To take advantage, think of an in-game wager as buying stock, buying something on eBay, or debating an online purchase. Establish what you think it’s worth. Don’t chase the item if it suddenly gets more expensive. Odds, spreads, and the value of a bet change after every play on some props.

Now through February 2, new users can place a $1 moneyline bet on the Chiefs or 49ers at BetMGM.com. If a TD is scored at any point during the game, you’ll win $200 in in free bets—regardless of the outcome.

Buy Low
Countless scenarios come up during a game, but here’s a good principle: bet the team you want right after something bad has happened to them.

The classic in-game example—thinking about the final score early in the game—gives you some time to make a decision. Let’s say in Sunday’s big game that the Kansas City Chiefs give up an early touchdown to the 49ers and move from 1-point favorite to 6-point underdog. You think the Chiefs will come back. And that’s when you bet them.

Short-term action involves the same principle, but on steroids. You may like a suddenly-adjusted spread, but the payout may fluctuate so much in one or two plays that you’ve lost the chance to bet it.

Bet on the Bowl. Sign up to play at BetAmerica.com, bet $50+ on the moneyline or spread wager on the NFL Championship, and get a $5 bonus for every TD in the game!

Theoretical In-Game Play
If you want to bet against the 49ers on the in-game spread, the best time to do it may be when they’re deep in Kansas City territory, and presumably about to score. A looming touchdown has already been placed in the betting line. The 49ers may have gone from a 1-point underdog to a 6-point favorite, even before they score.

If the actual touchdown happens, it may not change the -6 number much. In this example, the Chiefs bettor takes +6 before the score happens. But if the Niners throw an interception, or get knocked out of field-goal range, the number may instantly move to something like San Francisco -1, and the Chiefs bettor made a nice call.

That bettor essentially got the Chiefs on sale.

Conversely, after the 49ers fail to score, and the line moves to San Francisco -1, that’s the exact point the 49ers backer should think about making a bet. The odds are going to change after every possession, so picking your spot is important.

Moving Digits
Numbers for over-under props or spread totals change after every play. If you like the under, and a team has just suffered a penalty that drives them out of field-goal range, that can alter the number by 2 points. Thinking three or four plays ahead, incorporating what you expect to happen into the betting line, is the only way to stay ahead of this curve.

How Do They Know?
Seems like there’s a human hunch at play too. When the Kansas City Chiefs fell behind the Houston Texans 24-0 in the divisional playoff round, they became a 3-1 underdog. A few minutes later, when they still trailed by 3 points, they were a 4-1 favorite, and thus unplayable. Didn’t make sense.

Or did it? The Chiefs went on to win by 20 points. You would have expected them to still be an underdog when they were behind, but that’s not what the numbers showed.

You miss 100% of the shots you don’t take, so don’t pass up on your chance to get 100% of your first sports bet back at ResortsCasino.com. If your bet ends with a loss, you’ll get it back up to $250, credited to your Sports Free Bet balance.