In New York, Waiting Is the Hardest Part 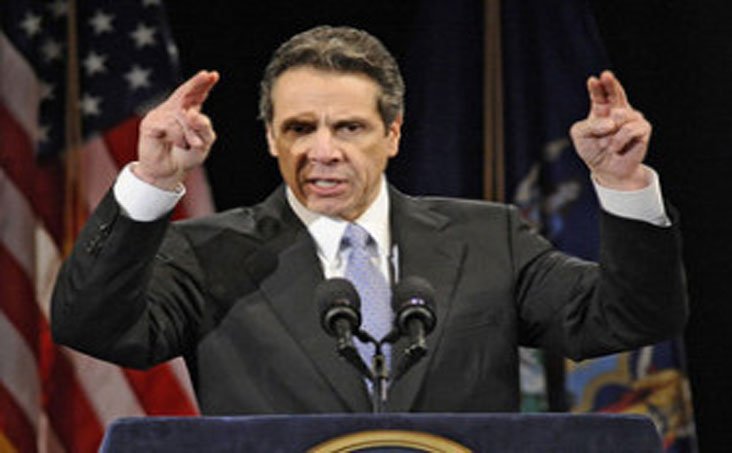 The lockdown of four commercial casinos in New York State is now in its fifth month. Operators are frustrated, thousands of employees remain on furlough and Governor Andrew Cuomo (l.) still refuses to consider a reopening plan.

And he’s given no indication of when that might be expected to change.

“It’s an issue of density, the likelihood of compliance and the essential nature of the business,” he said in a recent phone session with reporters.

Rivers Casino & Resort Schenectady, Resorts World Catskills, del Lago Resort & Casino in the Finger Lakes and Tioga Downs Casino Resort near Binghamton in the Southern Tier, which cumulatively represent several billions of dollars of investment, have been locked down by state order since March 16, when New York found itself battling what was at the time the worst coronavirus outbreak in the country.

They’re the only commercial gaming halls in the U.S. still waiting for permission to resume business.

The New York situation is especially precarious. Even before the pandemic, the properties struggled to meet revenue forecasts in a state crowded with gambling options. Worse, they have had to watch from the sidelines as their tribally-owned competitors, comprised of seven full-scale casinos and several affiliated machine gaming venues that are not subject to Cuomo’s authority, began reopening in May, albeit with limited offerings for health and safety reasons.

In the meantime, thousands of employees of the four casinos remain on furlough.

“We’re ready to reopen when the data and science says that we can and we’ll continue to work with state officials,” said Lance Young, executive vice president and general manager of del Lago, which employs nearly 1,100 people. “Hopefully we’ll be open soon.”

Young said del Lago is ready with a reopening plan based on federal and state safety guidelines that will include protective equipment for employees, guest health screenings on entry, and capacity reductions on the casino floor to ensure social distancing at slot machines and table games.

Operators have submitted a 21-point safety plan for consideration by the state Gaming Commission, while Resorts World Catskills, which has furloughed 1,000 workers, recently hosted a tour for local leaders and the press to demonstrate the extensive measures it’s implemented𑁋thermal imaging at all entrances, medical grade air filters, ultrasonic cleaning technology, and more𑁋in hopes of generating some support from Albany.

“We are so ready to reopen,” said May Uri, senior vice president of human resources for the property and its sister, Resorts World Casino New York City in Queens.

“We’ve taken a step back and reviewed what best practices have been put in place in other industries in New York as well as throughout the gaming industry in general, and we’ve implemented them,” said Megan Taylor, a former Hudson Valley economic development official who’s working as a lobbyist for the two casinos.

In an interview last week with GGB News, Jeff Gural, owner of Vernon Downs and Tioga Downs, said he needs just a few minutes with Cuomo to convince him that racetracks and commercial casinos must reopen.

“We don’t disagree with the governor’s concern about not having a spike in opening things up, but as you know, we have not seen that elsewhere,” including the tribal casinos, Gural said.

“The truth of the matter is that Turning Stone has been open for six weeks and we haven’t seen any spike in that area and we know our customers are going there. I think if we could get a face-to-face with the governor we could convince him, but we haven’t been able to do that.

“At least let us know what we have to do to reopen.”

Cuomo has yet to be swayed. Other large indoor establishments such as malls and shopping centers have been allowed to open, but that’s because “people need food, people need clothes, people need home goods,” the governor said.

“You don’t need a casino to maintain survival.” Unless, perhaps, you work at one.

Are You Playing to W