In Vegas, Success Beyond Baccarat 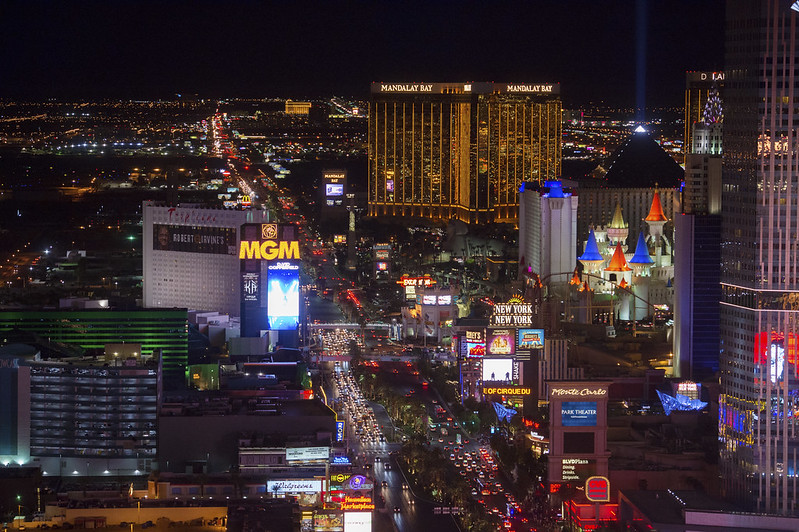 At first glance, it would appear Las Vegas Strip missed out on a banner $12 billion year for Nevada gaming in 2019. But then, it’s easy to overlook the famed neon way’s underlying strength as a mass-market destination and increasing trends for non-gaming revenues.

Nevada’s casinos overcame a flat year on the Las Vegas Strip to post $12.03 billion in gaming revenue in 2019.

It was the first time in 12 years the state averaged $1 billion or more a month, and in total represented a 1 percent increase over 2018. It was also the third best revenue year ever, trailing only the pre-recession totals posted in 2006 and 2007, with the latter still standing as the all-time record at $12.8 billion.

Gaming revenue statewide has now been on the rise for five consecutive years, and for nine of the last 10.

Totals compiled by the Nevada Gaming Control Board show machine games as the year’s solid performer, up nearly 3 percent versus 2018, to $7.93 billion. It was enough to offset a somewhat disappointing year for table win, which was down 2.5 percent to $4.09 billion. The culprits there were the state’s two biggest games, blackjack and baccarat: the former was down 2.9 percent to $1.11 billion, the latter plummeted nearly 13 percent to $1.05 billion.

It was the drop in baccarat that accounted almost entirely for the softness on the Las Vegas Strip. It’s where most of the casinos that deal it are located, where 98 percent of the year’s $1.05 billion was won, and where the decline in revenue from the game, not surprisingly, was more pronounced at minus-13.5 percent.

The end result Strip-wide at $6.58 billion, tables and slots combined, for the 51 operators that constitute the market for the Gaming Control Board’s purposes was a tepid performance against 2018 at minus-0.02 percent.

But analysts like Brent Pirosch, director of Gaming Consulting at the Las Vegas office of the commercial real estate giant CBRE Group, stress that gauging the true health of the market requires digging past baccarat’s outsized impact on the top line.

“When we look at baccarat we treat it as VIP play and assume these are wealthy Asian customers who represent a very, very small percentage of visitation,” he told GGB News. “It’s an important component of gaming win on the Strip, but really we’re talking about a handful of players at a handful of properties. Yes, the headline number looks great, but we’re talking about maybe six places.”

Baccarat aside, the fact is, 2019 was a mixed year for table games on the Strip. But with baccarat accounting for more than one-third of the sector’s win, an off year like last year𑁋and there have been several over the past decade𑁋tends to obscure what Pirosch, among others, view as the market’s underlying strength.

“We see the mass market as really the representative of what’s going on the Strip,” he said.

From that perspective, it was a pretty decent year. Slots were up 4 percent to $3.44 billion. Excluding baccarat, table win at $2.11 billion was up 1.2 percent. Total Strip win would have been up 3 percent. And that’s in spite of a 3.6 percent decline in blackjack, the market’s second-biggest table game.

Perhaps this isn’t so surprising, considering that visitation reached its second highest total ever at 42.5 million, an increase of 1 percent over 2018, boosted by record convention attendance of 6.6 million.

Downtown Las Vegas, overwhelmingly a mass-market destination, highlighted this strength at the core fairly clearly. Gaming revenue there increased 5.4 percent to $684.9 million. It was the largest single-year total since 1993.

But the state’s sportsbooks came through in stellar fashion, winning a record $329.1 million and largely erasing fears that the spread of legal bookmaking nationwide was going to exact a toll. It was a 9.5 percent increase in revenue, and it came on $5.31 billion in wagers, a 6.2 percent increase over 2018 and also a record.

Looking ahead to this year, the books already have started strong, collecting $154.7 million in bets on the Super Bowl, up 6 percent from a year ago, and keeping $18.8 million of them, which worked out to a win percentage of 12.1 percent, the highest of the last 10 years.