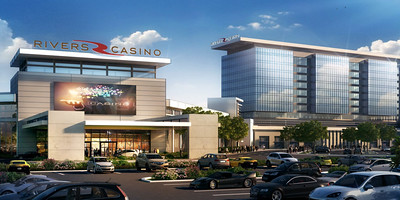 Portsmouth, Virginia’s partner in Rivers Casino Portsmouth, Rush Street Gaming, announced it will start a minority ownership initiative for the proposed casino. Local voters will decide if the project will move forward in a referendum on November 3.

In a statement, Rivers Casino Portsmouth said it will “solicit minority participation for 5 percent of the equity contribution or $5 million, whichever is greater, from minority owned businesses or private investors who are minorities and, as required by securities laws, are accredited investors.”

The statement indicated Portsmouth residents would be preferred, to keep the economic impact of the casino in the area. Rush Street Gaming Senior Vice President of Development Jacob Oberman said, “Creating opportunity for qualified, private-sector minority investors is paramount to building the community collaboration that’s been successful at other Rush Street casinos. This is another way we give meaning to our Portsmouth First policy: hiring, purchasing and owning.”

Rush Street Gaming officials added the company will collaborate with the Virginia Lottery and the Portsmouth Economic Development Authority to assure transparency. Also, public-sector employees, elected officials, their spouses, dependents and immediate family members will be ineligible to participate as investors or owners, in order to avoid conflicts of interest.

Portsmouth Economic Development Authority Chairman Ray A. Smith Sr. said, “Rush Street has a track record of including minority participation in their developments. In both the development agreement with the Portsmouth EDA and the Lottery Board Pre-Certification Proposal, minority participation in ownership, contracting and employment was included in their plan. Rush Street Gaming is moving forward with the process in an open and transparent manner, ensuring the public trust and I applaud them for that.”