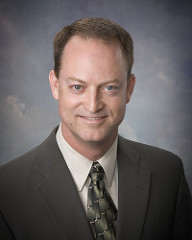 Indiana state Senator Ryan Mishler recently introduced SB 66, a bill that puts a new twist on the gaming debate occurring in the state legislature. An earlier bill, SB 552, authored by state Senator Mark Messmer and state Senator Jon Ford, would allow the city of Gary to move the Majestic Star Casino off the waterfront to a land-based location, and permit a second, unused license to go to Terre Haute in Vigo County. However, Mishler’s bill said the second license could move anywhere in the state to a location selected by the Indiana Gaming Commission. “My focus was more on the economic development portion in this bill, not the gaming. So, my gaming language is far less descriptive,” Mishler said.

That immediately faced pushback from Terre Haute officials and gaming operators, such as Caesars Entertainment, owner of Indiana’s two racinos. Caesars lobbyist Jim Purucker said, “Saying it’s going to go to Terre Haute is much better from, I think, the industry’s perspective than it is this idea of it just floating and having the commission determine that it could go anywhere.”

Mishler’s bill also would create a new government entity, composed of local and state officials, to oversee development of the Gary lakeshore and airport after the Majestic Star casino moves inland.

Spectacle Gaming, which soon will become the new owners of Majestic Star Casinos, has expressed interest in relocating one of the licenses to Terre Haute. The Messmer-Ford bill stipulates Terre Haute for a relocated Majestic Star license and also would allow existing casino license holders to compete for a chance to open a satellite casino with unused gaming positions, an option proposed by Full House Resorts, owners of Rising Star Casino in Rising Sun.

The Messmer-Ford bill also would legalize sports gambling at casinos. It includes provisions to hold existing casinos and the horseracing industry harmless from the effects of new competition. The measure passed the Senate Public Policy Committee, on which Messmer and Ford both sit, and now is being considered by the Senate Appropriations Committee, chaired by Mishler.

Mishler said the Messmer-Ford bill will be heard, adding language about casino licensing will end up similar in both bills. “It really comes down to whether we say it’s Terre Haute or not. If we end up naming where it goes, I mean that’s fine. I just didn’t want to go that far.” Ford commented, “At the end of the day, I think Senator Mishler’s casino language will mirror the language we have in Senate Bill 552.” He added, “I think people have accepted the fact Terre Haute impacts the industry the least. An Indianapolis-area casino, on the other hand, would have an enormous impact.”

Terre Haute Mayor Duke Bennett told lawmakers, “I’m sure there will be multiple changes to the language in both bills. I think it will be the end or close to the end of the session before we know whether one or the other gets through, if it gets through.”

An analysis by the Indiana Legislative Services Agency estimated up to 1.1 million people would visit a proposed Vigo County casino annually, generating $85-$105 million in adjusted gross receipts each year.