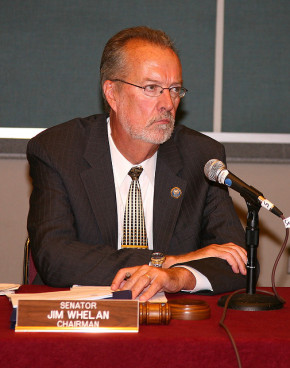 In 2016, Indiana legislators voted to legalize and regulate fantasy sports. Recently, the Indiana Gaming Commission voted unanimously to approve three fantasy sports operators–DraftKings Inc., FanDuel Inc. and FantasyDraft LLC. Each paid the $50,000 initial licensing fee and underwent a background investigation. A fourth application was received and could be voted on at the commission’s September meeting.

Under the law passed last year, fantasy sports participants must be at least 18 years old. Lawmakers clarified the activity is not considered gambling, although the gaming commission will have regulatory authority.

A dozen other fantasy sports operators that filed a letter of intent, but not an application, will be notified to end unlicensed operations in Indiana or face fines.

In New Jersey, daily fantasy sports operators will pay a 10.5 percent tax on revenue in New Jersey under a bill passed by the state’s Senate.

The bill was previously approved by the state Assembly and now goes to Governor Chris Christie for his signature.

The bill sets a 10.5 percent tax on DFS revenue, but supporters called the bill a consumer protection measure, rather than a moneymaker for the state.

“It’s a consumer protection measure as opposed to something we’re looking to make a ton of money off of,” state Senator James Whelan, a sponsor of the bill told the Associated Press. “Hopefully the governor will sign this and we’ll be able to keep daily fantasy sports going in New Jersey. That was always the goal.”

Still, the bill is expected to generate $6.6 million a year in state taxes.

The bill would also prohibit players who are under 18 and does not allow fantasy games linked to high school sports.

Though the bill has now easily passed the legislature, it’s unclear if Christie supports the bill. During his 2015 presidential run, Christie ridiculed attempts to regulate DFS contests, calling it a non-issue.

Meanwhile in Maine, that state’slegislature has also approved a measure that would legalize fantasy sports. The bill would classify DFS as a game of skill.

While the bill was passed with wide margins, Governor Paul LePage has not said what he thinks of the proposal, but has opposed gambling expansion through new casinos.