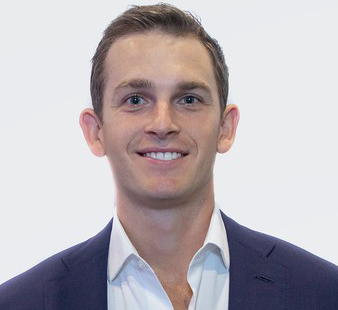 With the return of major league sports, Indiana saw a giant leap in sports bets in July. Max Bichsel (l.) of Gambling.com Group said the "staggering increase” in handle suggests the state is “returning to pre-pandemic levels.”

Credit the return of Major League Baseball and the NBA for the July success and expect higher results in August. Still, the numbers pale from the pre-coronavirus total of $187.2 million in handle in February.

For July, baseball bets exceeded $14.5 million, tops of any sport, followed by almost $6 million in basketball wagers, according to the Cincinnati Business Courier.

“July’s staggering increase in handle tells us that betting activity in Indiana is on the path to returning to pre-pandemic levels,” said Max Bichsel, Gambling.com Group’s vice president of U.S. business. Sports betting would likely reach pre-pandemic levels in September if football returns, he said.

Indiana sports betting generated $633,000 in tax revenue in July. That’s based on $6.7 million in adjusted gross revenue, representing the amount casinos win after paying out gamblers’ winnings. Hollywood Lawrenceburg was responsible for $43,000 of that revenue while Belterra generated $39,000.

The overwhelming amount of bets—$65 million—relied on mobile gambling. But Hollywood Lawrenceburg raked in $2.7 million in sports bets at its sportsbook, but only $1.1 million through mobile means.